Masdar says the abundance of solar and wind power in Egypt “will enable the generation of renewable energy at a highly competitive cost, a key factor in producing green hydrogen.”

Masdar of the United Arab Emirates and Hassan Allam Utilities of Egypt have signed deals with Egyptian state-backed organizations that will see the parties work together to develop large-scale green hydrogen projects.

In an announcement on Sunday, Masdar – which is owned by the Abu Dhabi state fund Mubadala – said the two agreements concern facilities for the Mediterranean coast and the Suez Canal economic zone.

Projects in Egypt aim for an electrolyser capacity of 4 gigawatts by 2030, producing up to 480,000 tons of green hydrogen per year.

Described by the International Energy Agency as a “versatile energy carrier”, hydrogen has a wide range of applications and can be used in sectors such as industry and transport.

It can be produced in several ways. One method includes the use of electrolysis, with an electric current that splits water into oxygen and hydrogen.

If the electricity used in this process comes from a renewable source such as wind or solar, some call it green or renewable hydrogen.

While there is enthusiasm in some circles about the potential of hydrogen, the vast majority of its generation is currently based on fossil fuels.

“Masdar and Hassan Allam Utilities see Egypt as a hub for green hydrogen production, targeting the bunkering market, exporting to Europe and relaunching local industry,” Masdar said in a statement.

“Egypt enjoys abundant solar and wind resources that enable the generation of renewable energy at a highly competitive cost, a key factor in producing green hydrogen,” he added. “Egypt is also in close proximity to markets where demand for green hydrogen is expected to grow the most, offering solid export opportunities.”

Masdar’s mention of Europe is instructive and illustrates how the hydrogen sector could develop in the years to come as major economies attempt to decarbonise.

In July 2021, the CEO of the Italian company snam outlined a vision for the future of hydrogen, saying the “beauty” was that it could be easily stored and transported.

Speaking to CNBC’s “Squawk Box Europe”, Marco Alverà talked about how current systems will be used to facilitate the delivery of hydrogen produced using renewable sources and biofuels.

“Right now, if you turn on the stove in Italy, the gas flows from Russia, Siberia, into pipelines,” he said.

“Tomorrow we will have hydrogen produced in North Africa, in the North Sea, with solar and wind resources,” said Alverà. “And that hydrogen can travel through the existing pipeline.”

For its part, the executive arm of the European Union, the European Commission, has planned to install 40 GW of renewable hydrogen electrolyser capacity in the EU by the year 2030.

Alongside this goal, the Commission’s plan also foresees an additional 40 GW “in Europe’s neighborhood” to “export to the EU”.

In recent years, a myriad of companies have dealt with the issue of hydrogen.

In a recent interview on CNBCMichele Della Vigna, Goldman Sachs’ Leader of the commodity equity business unit for the EMEA region, he sought to highlight the important role he believes would play in the future.

“If we want to go to net zero, we can’t do it through renewable energy alone,” he said.

“We need something that takes on the role of natural gas today, especially to manage seasonality and intermittence, and that’s hydrogen,” DellaVigna said, continuing to describe hydrogen as “a very powerful molecule.”

Blue hydrogen refers to hydrogen produced using natural gas, a fossil fuel, with the CO2 emissions generated during the process captured and stored. There was a A heated debate over the role of blue hydrogen can play in the decarbonisation of society.

“Whether we do it with electrolysis or we do it with carbon capture, we need to generate hydrogen in a clean way,” DellaVigna said. “And once we have it, I think we will have a solution that could someday become at least 15% of global energy markets, which means it will outstrip the market by a trillion dollars a year.” 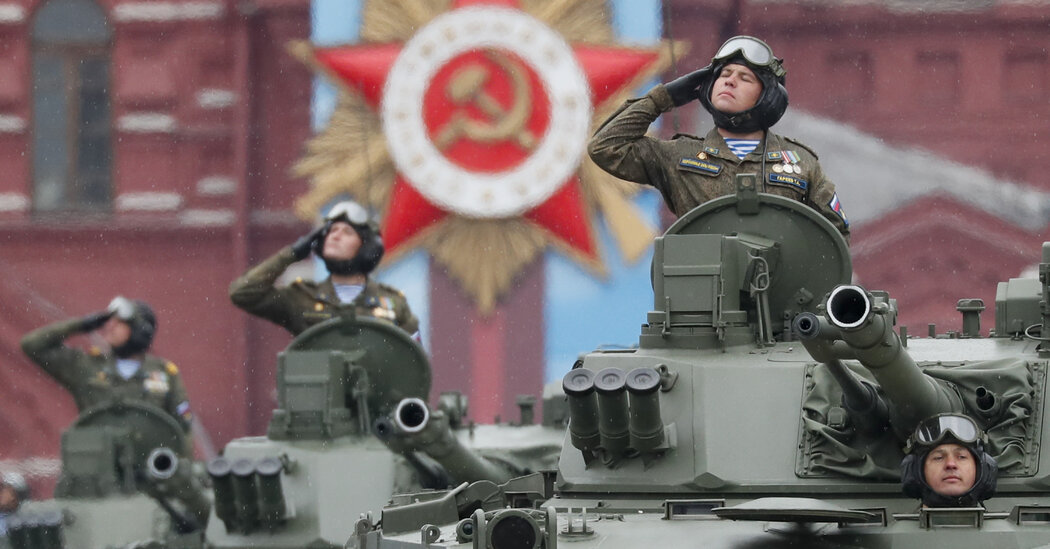 What Is Russia’s May 9 Victory Day, and What Might Putin Say? Louisiana Fixin’ To Redefine Abortion As Murder, Because That’s What The Bumper Sticker Says 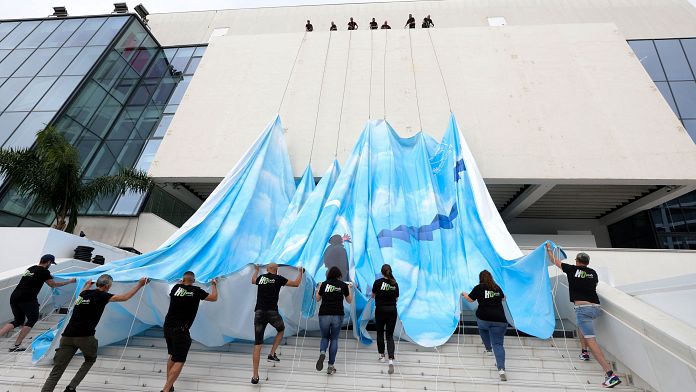 The final preparations for the 75th Cannes Film Festival are underway