Japan is not the only G7 economy where cash is still king, and that could complicate the roll out of CBDCs in so-called “advanced economies”.

On June 20, Asia Times ran an op-ed by Sayuri Shirai, a former policy board member of the Bank of Japan. First published by East Asia Forum, the op-ed reveals the Bank of Japan’s decision to shelve its plans to introduce a central bank digital currency (CBDC). Given Japan is the third largest economy on the planet and is often at the cutting edge of technological developments, this is a major development yet it received next to no coverage in the international press.

Since 2021 the BoJ has been conducting experiments to test the technical feasibility of the core functions and features of a retail CBDC ecosystem. The second phase of testing began in April 2022. But according to Shirai, the bank has decided to abandon the idea, at least for the foreseeable future. Shirai lists a number of factors behind the decision, foremost among which is the undimmed popularity of physical cash as a means of payment in Japan:

The Japanese public has virtually universal access to the banking system and so the issue of promoting financial inclusion has never been a major policy issue. The use of digital and mobile technologies initiated by the private sector when paying for goods and services is also widespread.

The CBDC idea has not received significant support due to the prevalence of internet banking services, credit card usage and e-money payment tools. The public may not find it attractive to use the CBDC since private sector-based payment tools provide tangible benefits — for example, points that can be gained from using payment services and can be accumulated and used for shopping or payment for other services.

Cash is a safe and highly liquid instrument for the payment of goods and services. As legal tender, cash fulfills the functions of unit of account, means of exchange and store of value. The amount of cash issuance remains high in Japan despite the declining use of cash — accounting for about 20% of nominal gross domestic product.

Cash becomes more useful when natural disasters or military conflicts cause serious damage to communities – for example, via power shortages or the destruction of buildings and computer systems or by weakening trust in the private-sector banking system.

In tech-obsessed Japan, the country that first popularized mobile wallets and smartphones, cash is still king. As I noted in an article for WOLF STREET back in 2016, the value of banknotes in circulation, at ¥90 trillion ($885 billion), or about a fifth of gross domestic product, is the highest in the world as a proportion of the economy.

Demand for cash remains solid, to the increasing consternation of global credit card companies. In a 2013 report, MasterCard estimated that 38% of the total value of the country’s retail transactions were in cash — almost twice the rate in the U.S. and five times the rate in France.

It is not just credit card companies that have been left scratching their heads frustratingly at Japanese people’s soft spot for physical lucre. In October 2016, Tim Cook vented his spleen against cash during a visit to Tokyo, telling the Nikkei that “we don’t think the consumer particularly likes cash.” It was a bizarre conclusion to reach in a country where cash is offered and accepted reverentially even when paying for groceries and where every ¥10,000-note is treated with utmost care. As a rule, they are pristine.

Six years on, the Japanese affection for cash remains undimmed, despite the disruptive effects of the COVID-19 pandemic, including the demonization of cash as a vector of contagion. In a survey by Statista in January 2021, more than 90% of respondents named cash as their preferred payment method, for reasons including security and reliability. Over 55% of respondents cited the risk of personal data leakage as a motive for not using electronic payment methods. Nearly 42% worried about credit cards and account details being stolen while around 38% said cashless options made them less aware of the amount of money they are spending, increasing the risk of spending too much.

Shirai proffers another reason why cash has not lost its luster — namely the Bank of Japan’s application of a zero interest rate policy (ZIRP) over the past decade and a half:

[Even as bricks-and-mortar retailers have upgraded their cashless payment systems], cash in circulation has been rising. This is partly because of the long-standing low retail deposit interest rate — which was below 0.2% from 2007 through 2010 and below 0.02% from 2011 through 2016, and has been at 0.001 per cent since 2017 for ordinary retail bank accounts.

That has transformed cash into a substitute for bank deposits, contributing to Japan’s rising cash hoarding trend. Cash hoarding refers to cash lying idle without being utilized for economic and investment activities.

In a paper released in May the Bank of International Settlements reported that 90% of 81 central banks surveyed from October to December 2021 were “engaged in some form of CBDC work,” with 26% running pilots on CBDCs and more than 60% doing experiments or proofs-of-concept related to a digital currency. The BIS attributed the growing interest around CBDCs to the recent shift to digital solutions during the COVID-19 pandemic as well as recent growth in stablecoins and other cryptocurrencies.

So-called retail CBDCs offer a range of potential benefits including reduced transaction costs, more efficient cross-border transactions, real-time payments and reduced illegal transactions. But the biggest benefits would almost certainly end up accruing to the central banks themselves, which would gain far greater centralized control over the economy. That is where the potential drawbacks for the rest of us begin.

Put simply, the central bank will be able to control money all the way to people’s digital wallets and applications. Constant financial surveillance will become a more or less inescapable reality, at least for the overwhelming majority of citizens. So too will programmable money, allowing central banks to determine what we can (and can’t) spend our money on and whom we can (and can’t) transact with. They will also be able to impose targeted financial transactions on citizens as well as enforce negative rates as a means of incentivizing people to spend rather than save money.

A Mixed Record So Far

The world’s first CBDC was launched by the Central Bank of Ecuador way back in 2014 but it was a massive flop. The so-called “dinero electronico”, or DE, hit a wave of public distrust. By 2016 the DE only accounted for 0.003% of money in circulation. Two years later it was put out of its misery by Ecuador’s national assembly. In 2019, the Bahamas launched the Sand Dollar, clearing the way for rapid adoption among the archipelago’s 30 inhabited islands. In June this year, the Bank of Jamaica recognized the island’s CBDC, Jam-Dex, as legal tender.

The Eastern Caribbean Currency Union, which includes Anguilla, Antigua and Barbuda, Grenada, is piloting DCash. Half a world away, the People’s Bank of China has launched pilot schemes for its digital yuan across roughly two dozen cities and is gradually expanding the applications of its CBDC. The Reserve Bank of India has scheduled a 2023 launch date for its digital rupee. Russia plans to do the same with its digital rouble. The central banks of Brazil, Mexico and Indonesia are also talking about launching CBDCs in the coming years.

But there is a world of difference between talking about launching a CBDC and actually pulling it off. As I reported last week, Nigeria’s e-Naira, the first CBDC to be launched by a largish economy, is already floundering. Ten months after the launch, take-up is exceptionally low. In March this year the Nigerian daily newspaper Punch reported that many major retailers have largely shunned the digital currency. Cashiers don’t know how to process it and most consumers don’t even know it exists. Three months later, the Central Bank of Nigeria’s governor accused private-sector lenders of sabotaging the project.

Now, the central bank of the world’s third largest economy has decided to put its CBDC project on ice, largely due to the Japanese people’s unwavering commitment to cash. Japan may not be the only G7 economy to take such a stance.

In Germany, for example, cash also remains the most popular means of payment. According to the Bundesbank’s study on payment behavior in Germany for 2021, respondents used banknotes and coins to make a total of 58% of their payments for purchases of goods and services. Admittedly, that is down from 74% in the Bundesbank’s last major study from 2017, but the central bank attributed most of this change to the greater use of online payments during the lockdowns.

“Neither digitalisation nor the pandemic have been able to oust cash. When it comes to making payments, cash is still by far the most popular means in Germany,” explained Johannes Beermann, the Bundesbank’s Executive Board member responsible for overseeing cash management.

Back in 2016, proposals by the Merkel government to ban cash payments above €5,000 triggered a fierce public backlash. The country’s bestselling newspaper, The Bild, published a searing open letter titled “Hands Off Our Cash,” while a broad spectrum of political parties condemned the proposed measures as an attack on data protection and privacy. Six years later, it is interesting to see that both the third and fourth largest economies on the planet, Japan and Germany, are still largely cash-based.

If the findings of a Bundesbank survey of German households published last October are any indication, most Germans are not too keen on the idea of a CBDC. Only around 13% of respondents supported the introduction of a digital euro while more than half (56%) were against. Roughly one-third were undecided. That was before a software glitch affecting payment card terminals caused a weeks-long payment outage. As I noted at the time, the outage underscored one of the dangers of a totally cashless economy: system fragility.

Back in 2016, the then-head of the Bundesbank, Jens Weidmann, said (emphasis added): “It would be fatal if citizens got the impression that cash is being gradually taken away from them.” In a speech this April Uchida Shinichi, the executive head of the Bank of Japan, went even further by suggesting that the BoJ did not have the right to issue a CBDC without first securing the consent of the Japanese people:

The decision as to whether or not a CBDC should be issued cannot be made by the Bank nor by the financial sector alone. It will have to be a judgement by the Japanese people.

It would be nice if other central bankers took heed, though I’m not holding my breath. As I wrote in a previous piece, given how much is at stake, CBDCs are among the most important questions today’s societies could possibly grapple with — not only from a financial or business perspective but also from an ethical and legal standpoint. They should be under discussion in every parliament of every land, and every dinner table in every country in the world. 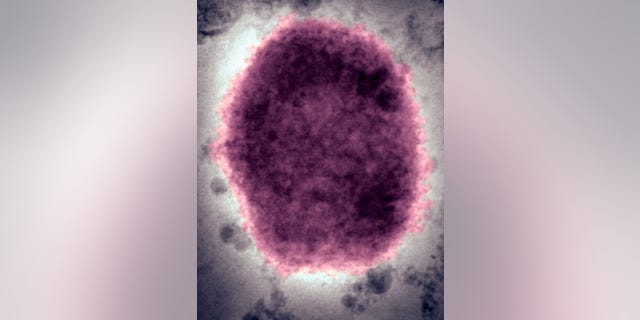 Monkeypox continues to confuse scientists as it spreads to more countries

Can You Exclude Folders From iCloud Sync on Mac?