They have handed out Russian passports, cellphone numbers and set-top boxes for watching Russian television. They have replaced Ukrainian currency with the ruble, rerouted the internet through Russian servers and arrested hundreds who have resisted assimilation.

In ways big and small, the occupying authorities on territory seized by Moscow’s forces are using fear and indoctrination to compel Ukrainians to adopt a Russian way of life. “We are one people,” blue-white-and-red billboards say. “We are with Russia.”

Now comes the next act in President Vladimir V. Putin’s 21st-century version of a war of conquest: the grass-roots “referendum.”

Russia-appointed administrators in towns, villages and cities like Kherson in Ukraine’s south are setting the stage for a vote as early as September that the Kremlin will present as a popular desire in the region to become part of Russia. They are recruiting pro-Russia locals for new “election commissions” and promoting to Ukrainian civilians the putative benefits of joining their country; they are even reportedly printing the ballots already.

Any referendum would be totally illegitimate, Ukrainian and Western officials say, but it would carry ominous consequences. Analysts both in Moscow and Ukraine expect that it would serve as a prelude to Mr. Putin’s officially declaring the conquered area to be Russian territory, protected by Russian nuclear weapons — making future attempts by Kyiv to drive out Russian forces potentially much more costly.

The prospect of another annexation has affected the military timetable as well, putting pressure on Kyiv to try a risky counteroffensive sooner, rather than waiting for more long-range Western weapons to arrive that would raise the chances of success.

“Carrying out a referendum is not hard at all,” Vladimir Konstantinov, the speaker of the Russian-imposed Crimean Parliament, said in a phone interview this week. “They will ask: ‘Take us under your guardianship, under your development, under your security.’”

Mr. Konstantinov, a longtime pro-Russia politician in Crimea, sat next to Mr. Putin at the Kremlin when the Russian president signed the document annexing the peninsula to Russia. He also helped organize the Crimean “referendum” in which 97 percent voted in favor of joining Russia — a result widely rejected by the international community as a sham.

Our Coverage of the Russia-Ukraine War

Now, Mr. Konstantinov said, he is in constant touch with the Russian-imposed occupying authorities in the neighboring Kherson region, which Russian troops captured early in the war. He said that the authorities had told him a few days ago that they had started printing ballots, with the aim of holding a vote in September.

Kherson is one of four regions in which officials are signaling planned referendums, along with Zaporizhzhia in the south and Luhansk and Donetsk in the east. While the Kremlin claims it will be up to the area’s residents to “determine their own future,” Mr. Putin last month hinted he expected to annex the regions outright: he compared the war in Ukraine with Peter the Great’s wars of conquest in the 18th century and said that, like the Russian czar, “it has also fallen to us to return” lost Russian territory.

At the same time, the Kremlin appears to be keeping its options open by offering few specifics. Aleksei Chesnakov, a Moscow political consultant who has advised the Kremlin on Ukraine policy, said Moscow viewed referendums on joining Russia as its “base scenario” — though preparations for a potential vote were not yet complete. He declined to say whether he was involved in the process himself.

“The referendum scenario looks to be realistic and the priority in the absence of signals from Kyiv about readiness for negotiations on a settlement,” Mr. Chesnakov said in a written response to questions. “The legal and political vacuum, of course, needs to be filled.”

As a result, a scramble to mobilize the residents of Russian-occupied territories for a referendum is increasingly visible on the ground — portrayed as the initiative of local leaders.

The Russian-appointed authorities of the Zaporizhzhia and Kherson regions, for instance, announced this week that they were forming “election commissions” to prepare for referendums, which one official said could happen on Sept. 11 — a day when local and regional elections are scheduled to be held across Russia.

The announcement invited residents to apply to join the election commission by submitting a passport copy, education records and two I.D.-size photographs.

Officials are accompanying preparations for a vote with an intensified propaganda campaign — priming both the area’s residents as well as the domestic audience in Russia for a looming annexation. A new pro-Russian newspaper in the Zaporizhzhia region titled its second issue last week with the headline: “The referendum will be!” On the marquee weekly news show on Russian state television last Sunday, a report promised that “everything is being done to ensure that Kherson returns to its historical homeland as soon as possible.”

“Russia is beginning to roll out a version of what you could call an annexation playbook,” John Kirby, the spokesman for the U.S. National Security Council, said this month, comparing the referendum preparations with the Kremlin’s moves in 2014 to try to justify its annexation of Crimea. “Annexation by force will be a gross violation of the U.N. Charter and we will not allow it to go unchallenged or unpunished.”

In Kyiv, Ukraine’s capital, officials say any referendum on merging with Russia or forming a Russian client state in occupied areas would be illegal, riddled with fraud and do nothing to legitimize land seizures.

For Ukrainian civilians, the occupation has been accompanied by myriad hardships, including shortages of cash and medicine — a situation the Russians try to exploit to win allegiance from locals by distributing “humanitarian aid.”

Those seeking a sense of normalcy are being incentivized to apply for a Russian passport, which is now required for things like registering a motor vehicle or certain types of businesses; newborns and orphans are automatically registered as Russian citizens.

“There’s no money in Kherson, there’s no work in Kherson,” said Andrei, 33, who worked in the service department of a car dealership in the city before the war. He left his home in the city with his wife and small child in early July and moved to western Ukraine.

“Kherson has returned to the 1990s when only vodka, beer and cigarettes were for sale,” he said.

After taking control in the Kherson and Zaporizhzhia regions, Russian forces sought out pro-Kremlin Ukrainian officials and installed them in government positions.

At the same time, they engaged in a continuing campaign to stifle dissent that included abducting, torturing and executing political and cultural leaders who were deemed a threat, according to witnesses interviewed by The New York Times, Western and Ukrainian officials, and independent humanitarian groups like Human Rights Watch.

Russian occupiers cut off access to Ukrainian cellular service, and limited the availability of YouTube and a popular messaging app, Viber. They introduced the ruble and started changing the school curriculum to the Russian one — which increasingly seeks to indoctrinate children with Mr. Putin’s worldview.

A top priority appears to have been to get locals watching Russian television: Russian state broadcasting employees in Crimea were deployed to Kherson to start a news show called “Kherson and Zaporizhzhia 24,” and set-top boxes giving access to the Russian airwaves were distributed for free — or even delivered to residents not able to pick them up in person.

In an interview late last month, Ihor Kolykhaiev, the mayor of the city of Kherson since 2020, said the Russian propaganda, coupled with the feeling of being abandoned by the government in Kyiv, was slowly succeeding in changing the perceptions of some residents who have stayed behind — mainly pensioners and people with low incomes.

“I think that something is changing in relationships, probably in people’s habits,” he said, estimating that 5 to 10 percent of his constituents had changed their mind because of the propaganda.

“This is an irreversible process that will happen in the future,” he added. “And that’s what I’m really worried about. Then it will be almost impossible to restore it.”

Mr. Kolykhaiev spoke in a video interview from a makeshift office in Kherson. Days later, his assistant announced he had been abducted by pro-Russian occupying forces. As of Friday, he had not been heard from.

Mr. Putin has referred to Kherson and other parts of Ukraine’s southeast as Novorossiya, or New Russia — the region’s name after it was conquered by Catherine the Great in the 18th century and became part of the Russian Empire. In recent years, nostalgia in the region for the Soviet past and skepticism of the pro-Western government in Kyiv still lingered among older generations, even as the region was forging a new Ukrainian identity.

But early in the occupation this spring, residents of Kherson gathered repeatedly for large, boisterous protests to challenge Russian troops even if they provoked gunfire in response. This open confrontation has largely ended, according to a 30-year-old lifelong Kherson resident, Ivan, who remains in the city and asked that his last name be withheld because of the risks of speaking out publicly.

“As soon as there is a large gathering of people, soldiers appear immediately,” he said by phone. “It’s really life-threatening at this point.”

“Our people go out at night and paint Ukrainian flags,” said another man, Andrei. “In yellow and blue letters they paint, ‘We believe in the Ukrainian Armed Forces.’” 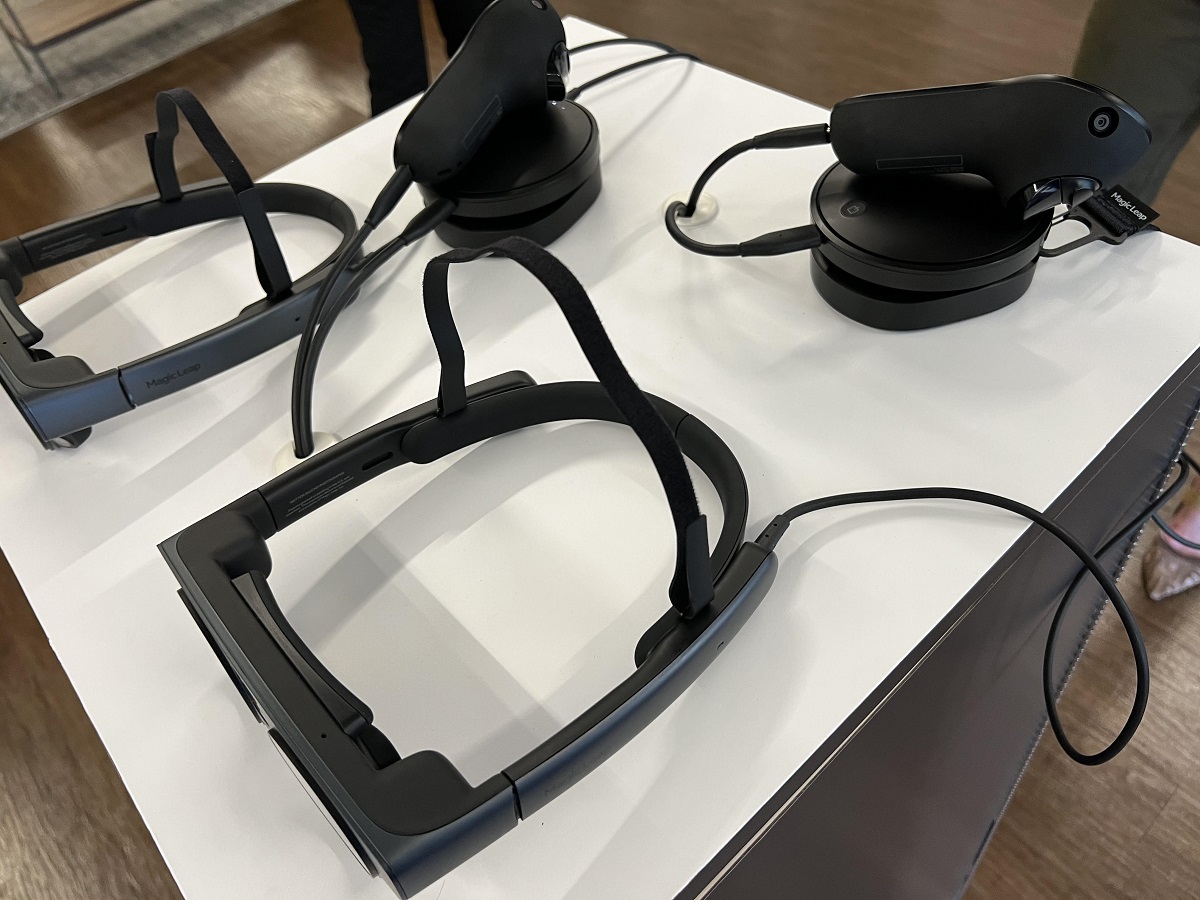 Magic Leap 2 mixed reality headsets for enterprise will debut for $3,300 on September 30

The importance of science-based governance 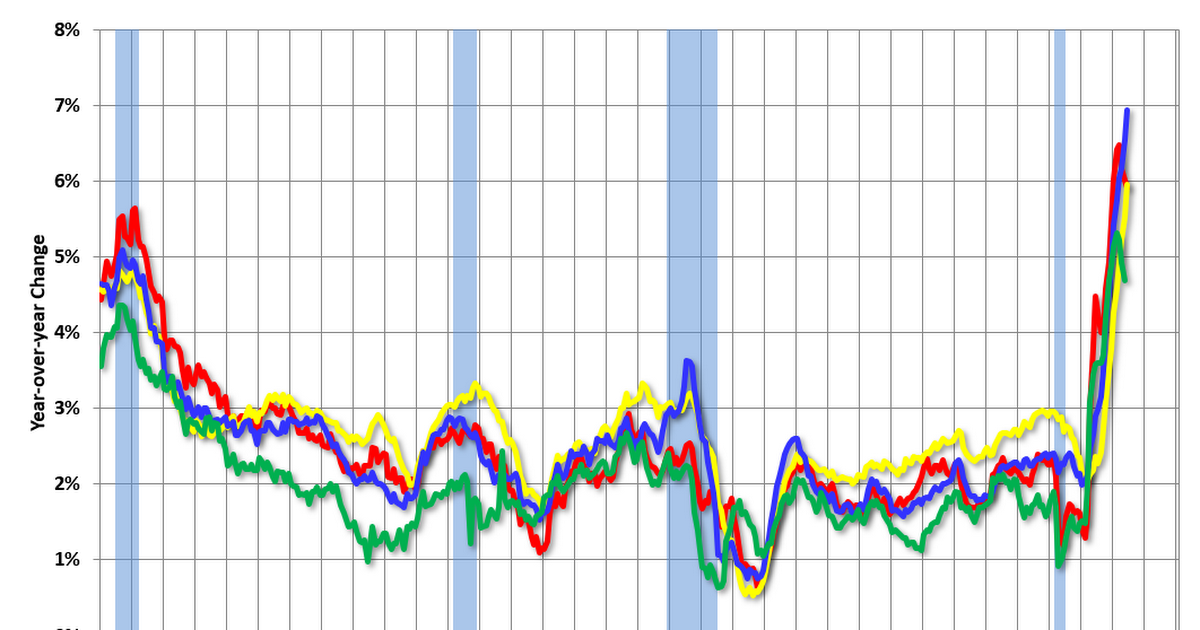 Should I Work for an “Evil” Company?