The Xi-Biden phone call held in the early AM Washington time on July 28 met the Winston Churchill standard of ‘Meeting jaw to jaw is better than war,” but only barely. We’ve embedded both official readouts at the end of the post.

The White House version was not at all forthcoming, a mere 150 words and half of that background. China’s by contrast looks positively expansive. Biden’s staff gave a few more crumbs to the press. From the Financial Times:

The White House said the call lasted for two hours, and the leaders discussed Taiwan, Russia’s war in Ukraine and areas of possible co-operation including climate change, health security and counter-narcotics.

Biden also raised the cases of Americans who have been wrongfully detained and subject to exit bans and other human rights concerns, the senior administration official said.

Neither readout acknowledges discussing the possible Pelosi visit to Taiwan; the White House flack refused to answer the question when asked point blank. However, both sides acknowledged talking about, or perhaps more accurately, around the Taiwan issue.

Despite the length of the call, the readouts give the impression the two sides did not really engage. One problem is what I call from my old days of negotiating as “double brokering”. You always want to have you side set off against someone from the other side who has a similar level of authority. In business negotiations, a principal strenuously avoids interacting with an agent on the other side. If the principal makes a commitment, it’s expected to be binding, while an agent can never commit to anything (or at most only in a limited manner, as pre-authorized) and has to take any proposals back to the people in charge.

National leaders never have complete freedom to act; even autocrats have constituencies or power blocs they have to appease. In the US, it has become clear that the President has limited degrees of freedom on foreign policy matters; the military/intel interests call the shots. Mind you, there are factions so a President can push the needle to a degree; that’s why, for instance, Obama was able to check Clinton’s plans to escalate in Syria. But the flip side is that Presidents who want to improve relations with pet enemies get nowhere. In the Oliver Stone interviews, Putin recounts how he had productive discussions with Bush and they agreed on concrete de-escalation measures. Follow ups were unanswered. Eventually Putin got a written bafflespeak climbdown. That and other examples led Putin to conclude that US presidents are hostage to bureaucratic and commercial interests.

Biden is a visibly very weak president. And it appears that that has enabled the neocons to have an even bigger say over foreign policy than usual.

One assumes Xi has to understand that. Yet the Chinese readout has Xi starting from lofty first principles to contend that the US and China, as leading world powers, have a duty to promote peace, global development, and prosperity. From that, Xi reasons that seeing China as a strategic rival is “misperceiving” US-China relations and misleading the world community.

Who is Xi talking to when he goes on like that? It certainly is not to Biden.

China is an economic rival as well as a commercial partner. Even though they could co-exist without stepping on each other, that’s not how the US wants it. The US has designated China as geopolitical enemy number one (on the days of the week when it is not sending more arms and dough to Ukraine), so this high-minded patter from Xi is talking to a brick wall.

Perhaps instead Xi’s framing is formulaic in China, or simply an effort to create the appearance of common interests when there really aren’t any.

The quasi lecture about principles then shifted to an actual lecture about Taiwan. Xi reminded Biden that the US has affirmed its commitment to the “one China” policy in three recent joint communiques. Some commentators reacted to “both sides of the Taiwan Strait belong to one and the same China.” That of course is implicit in the one China policy, but China was not enforcing that. Xi put Biden on notice that that is no longer the case.

The Xi remark that attracted widespread notice was: “Those who play with fire will perish by it.” Xi did not back down from the not-very-veiled threats from various Chinese officials that China would take action against a Taiwan visit by Pelosi. He also gave a dig about the US looking not agreement capable: “The US should honor the one-China principle and implement the three joint communiqués both in word and in deed.”

The China readout has Biden giving lip service to its formal Taiwan policy:

He [Biden] reiterated that the one-China policy of the US has not changed and will not change, and that the US does not support “Taiwan independence”.

The White House formulation was different:

One could take this to mean that “The US supports the current ambiguous status of Taiwan and will oppose measures by China to end that ambiguity.” One could also take it to mean “The US will oppose China acting to perfect its territorial rights with respect to the Taiwan Strait.”

I think both parties understood that was the real message, not matter how well pretenses otherwise were observed.

Pelosi has made Biden look weak, via his failure to put her in place after both the Pentagon and now Jake Sullivan have said they oppose her going to Taiwan. Instead, Biden did the worst possible thing as far as his appearance of authority is concerned: instead going to Xi (remember Biden requested the call) as if that would somehow make a Pelosi visit less of an affront, or worse, to China. Biden should have known that was a non-starter given the unusually aggressive statements from Chinese officials, including, importantly, from the Defense Ministry. And that fierce reaction should have come as no surprise. Moon of Alabama recounts Pelosi’s long history of provoking China.

If Chinese post-meeting press coverage is any guide, China is deadly serious about taking some sort of military action to prevent a Pelosi visit or make an important statement about its right to operate in airspace and waterways Taiwan would like to depict as its own.

And Pelosi has hurt the Democrats. Her little stunt has left them in a no-win position. The Republicans know they have her in a trap. They are taking the position that she backs down, it’s giving in to China. But if she goes and is not permitted to land in Taiwan, or China secures a win, say by flying planes in with hers so as to show that China can and will now overfly Taiwan. the Administration can again be presented as having stuffed up by somehow not out-thinking/out-maneuvering China.

It sure looks like the result that would make the Republicans happiest is having Pelosi start a war. As with Russia, be careful what you wish for. China is just as serious about its red lines as Russia was pre the special military operation.

The reality is that as awkward as this situation looks, Pelosi can continue to keep her mouth shuts and stay in the US. August is about to start. When the pols return to Washington in December, everyone will be fixated on the midterns. And the reality is that the number of Americans who make belligerence towards China a top criterion for choosing Congresscritter is very small. Pelosi backing down (if she actually does so) will be barely remembered in the US by October. But is Pelosi merely a clever tactician, or can she manage to come up with some wisdom and maturity? 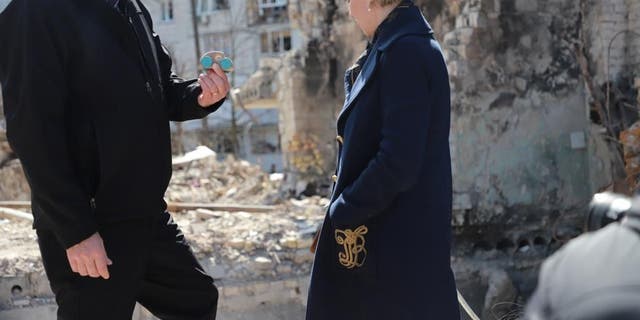