Were you unable to attend Transform 2022? Check out all of the summit sessions in our on-demand library now! Watch here.

Low-code and no-code artificial intelligence (AI) tools and immersive 3D visualization are heralding the next age of ecommerce.

eBay is taking a lead in this area with increased investment in AI-led experiences, including 3D product renderings to enhance shopping experiences and automated listing capabilities to simplify seller duties.

As one of the world’s largest selling platforms, eBay has leveraged AI for some time now — but it has typically been done behind the scenes for recommendation systems, fraud detection and predictions of customer intent, explained Stephanie Moyerman, former senior director of risk and trust science at eBay. She recently transitioned into a new role with Instagram as its director of data science wellness.

“What we want to do is integrate [AI] as part of the natural buying and selling experiences and flows,” she told viewers during a live stream at this week’s Transform 2022 event. “We want to give AI tools to our sellers so that they can enable different, customized experiences for their buyers without having any impedance there.”

Most notably, eBay is offering 3D product rendering that gives buyers the ability to “cruise through” a listing and create a natural browsing experience — as if they were in a physical store, said Moyerman. With low-code and no-code tools, sellers can scan items with their phones; images are then uploaded to the eBay cloud and converted to a 3D asset.

“They don’t need professional equipment of any kind,” said Nitzan Mekel-Bobrov, chief AI officer at eBay. All of this can be done in a matter of minutes and “there’s zero manual intervention.”

This capability has been launched in eBay’s sneaker category, with further rollouts to come.

Meanwhile, AI is also being used to enable high-speed and automated listing capabilities. Sellers can snap photos of items and automatically populate listings, ultimately reducing — or altogether eliminating — the need for manual input.

This capability has been launched initially in the trading card category.

As Mekel-Bobrov explained, these next-generation ecommerce tools are enabled via the use of computer vision, image recognition, convolutional neural networks and fine grain image analysis.

Mekel-Bobrov pointed out that eBay sellers are widely diverse — ranging from professional brands and large businesses, to mom-and-pops, to occasional sellers, rummagers and garage-sellers.

AI and low-code and no-code tools provide new abilities and open up new opportunities across this landscape, while also addressing enormous variations when it comes to technical skill sets, he said.

“We are a two-sided marketplace,” said Mekel-Bobrov, saying that eBay must equally weigh the needs and wants of both their seller network and their buyers. “Our entire reason for existing is to bring sellers and buyers together in that ecommerce context.”

“AI is different from other software applications in a number of ways,” he said. “One of the most important is that AI learns over time.”

This requires continuous feedback loops, with information coming, going and being stored so that models can be retrained and enhanced.

Particularly, getting AI infrastructure to a scale that they want and in real-time, requires “tremendous amounts of infrastructure, both hardware and software,” said Mekel-Bobrov.

And that will grow exponentially with the further democratization of AI.

It comes down to tackling one area at a time — rolling out new capabilities slowly, for instance, by product categories and sub-categories, or by customer segments.

There are cultural challenges, as well, both internally and externally.

Many sellers are not used to such advanced tools; it is imperative to “help them take it to the next level as the world is evolving, as ecommerce is evolving,” said Mekel-Bobrov.

With a full-scale metaverse on the horizon, a “new consumer paradigm” is emerging and it is not unlike the initial advent of AI, said Mekel-Bobrov.

The parallel, he said, is “years of talking about it and people not knowing how it’s completely going to play out and then suddenly it’s here — but it’s not here in a way that people necessarily expected.”

Going forward, eBay’s efforts in AI and low-code and no-code will become “more tactical, more tangible,” he said. This will include doubling down on AI-led visual experiences and further incorporating it into visual understanding and content understanding. Similarly, eBay will continue investing in tools — such as more advanced 3D and augmented reality (AR) — and developing cross-platform compatibility.

Meanwhile, the widespread democratization of AI will require more education and investment across the board, said Mekel-Bobrov. He expects the eventual emergence of common standards, best practices and governance. This will require partnership and representation across companies to ensure that the same standards are built and maintained, regardless of implementation, he said.

Particularly when it comes to the metaverse, ecommerce companies need to work together and take an active role “to be sure it shapes up in a way that protects and serves our customers as best as possible,” said Mekel-Bobrov.

Ultimately, he said, “I love talking about the future because you can dream big.”

Watch the full-length conversation from Transform 2022.

VentureBeat’s mission is to be a digital town square for technical decision-makers to gain knowledge about transformative enterprise technology and transact. Learn more about membership. IPO suspended as startups try to wait for the storm

The man whose penis went black and fell turned into alcoholism 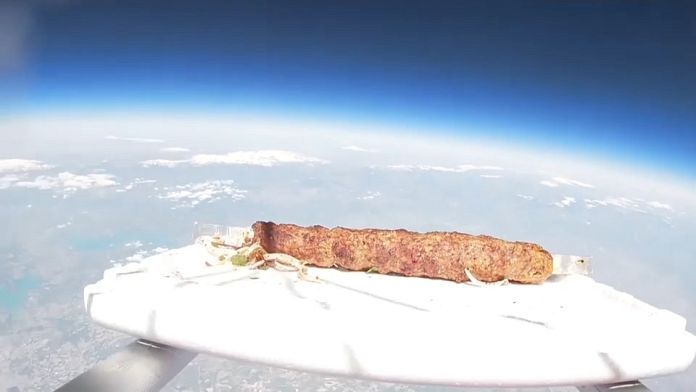 World-famous Turkish dish kebab attempted to be sent into space