In the Wallace and Gromit clay-animated movie “The Wrong Trousers,” a pair of futuristic pants lets people walk on walls and ceilings.

Researchers in England said the film sparked an idea: Robotic clothes could help society. They created “The Right Trousers,” a set of pants embedded with electrical pumps to force air into tiny tubes that expand and can help elderly or disabled people with issues like getting up or improving blood circulation.

Now, in university labs across the world, material scientists, computer programmers and fabric designers are working to advance robotic clothing at a rapid pace, inching us closer to a reality where the clothes we wear help us keep healthy or improve daily life.

In June, researchers in Australia created robotic textile fibers, which can make fabric move automatically. Last year, scientists at MIT fabricated computer programmable threads and built fiber batteries using battery gels that could embed into clothes and power robotic textiles. In a sign that the technology is approaching maturity, the intelligence community announced in July it’s looking to develop smart clothes for soldiers and spies.

Researchers said their work is at a turning point, and could soon unlock an era where clothing will act more like a computer, sensing how your body feels and telling your clothes how to help. In the coming decade, scientists said, customers can expect a whole range of futuristic offerings: pants that can help lift elderly or disabled people up; athletic socks that can promote blood flow through automatic compression; maternity clothes that could passively track fetal heart rates to improve pregnancy outcomes.

These robots were trained on AI. They became racist and sexist.

Textiles have been around for centuries. The interlocking weaves of yarn, fabric and thread have made empires rich and remained relatively unchanged for decades.

But these connected clothes are just the first wave of smart clothing technology, researchers said, and technological advances they’re working on will create clothing that can do far more.

At the University of New South Wales in Australia, researchers are creating fabrics that can shape shift. Than Nho Do, a senior lecturer at the school, said his team has created tiny silicon tubes, similar to the size of yarn and inspired by muscle fibers, that can weaving into sheets of fabric. These tubes, triggered by electronic or thermal stimulation, can make fabric take various preprogrammed shapes.

But challenges still remain for Do’s team, notably around making these robotic tubes smaller so they can weave easily with yarns and other fabrics without adding bulk, he said. Currently, they have a .5-mm diameter and are aiming for 0.1mm, roughly the size of an average syringe needle tip. Yarn can average around 3 to 4 mm.

To make smart clothing truly transformational, though, requires computing power inside fabrics, so they can monitor physiological signs and direct the technology, Fink said. Researchers are attempting to build computing fabrics that could process data being generated by the human skin and turn it into commands that clothes obey.

“Software is going to determine what services you’re receiving,” he said, “and that thing is going to look like your T-shirt and your pants that you’re wearing right now.”

To that end, Fink and other researchers from MIT have created fibers with hundreds of silicone microchips to transmit digital signals — essential if clothes are to automatically track things like heart rate or foot swelling. These fibers are small enough to pass through a needle that can be sown into fabric and washed at least 10 times.

Others at the institute have also created rechargeable lithium-ion batteries in the form of an ultralong fiber that can be woven into fabric, powering textiles without an external power source.

But one of the biggest challenges facing the field, Fink said, is design. “What could this fabric look like?” he said. It should “look exactly, feel exactly, wear exactly, wash exactly like the fabric you’re wearing right now.” He noted that his lab is partnering with industrial designers from the Rhode Island School of Design to attack key questions.

Robot cleaners are coming, this time to wipe up your coronavirus germs

Rebecca Kramer-Bottiglio, a professor of mechanical engineering at Yale University, agreed that many challenges remain before smart textiles “reach their full potential.” It will be challenging to make these clothes, filled with fibers and technology, durable enough to withstand multiple cycles in the laundry, she said.

Kramer-Bottiglio noted that size will be a challenge, too. “The added bulk of specialized fibers could make wearable smart textiles uncomfortable or difficult” to put on or remove. Furthermore, she added, researchers will have to find the most optimal way to place robotic fibers in fabrics and ensure power sources are light weight.

Despite that, she says researchers will figure out a way forward.

“Recent breakthroughs,” she said, “point toward a not-so-distant future where smart textiles will be a part of our everyday wardrobe.” 10 of the best films to watch this August 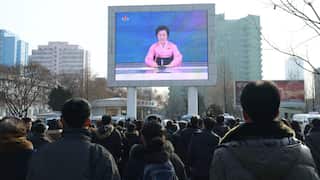 North Korea seeks help from China for a treaty with the US, or more tests: source Golfers from the “Saudi League” welcome the Sunshine Tour, but may be banned from NGC