Republican senators have been accused of “sentencing veterans to death” after they blocked the passage of a landmark bill that would finally give US service members sick and dying from toxic exposure to burn pits access to the healthcare that they need.

Democratic lawmakers, veterans and advocates including TV host Jon Stewart spoke out in a highly emotional press conference on Thursday morning as the bill that had been expected to become law by the end of the week was suddenly derailed by the Republican party.

“This is total bulls***,” shouted Senator Kristen Gillibrand. “They have just sentenced veterans to death.”

On Wednesday, the SFC Heath Robinson Honoring our PACT Act collapsed in the US Senate when dozens of Republicans who previously backed the bill unexpectedly changed their minds and decided to vote against it.

The bill received just 55 of the needed 60 votes to pass a cloture motion on Wednesday, as just eight Republicans voted to move it forward.

A staggering 25 of those who voted against it had voted to pass the same bill just one month earlier.

Back on 16 June, the US Senate had overwhelmingly voted to pass the bill, with senators voting 84 to 14 in favour of expanding healthcare access to thousands of veterans who had served the US overseas.

But now, with the Senate scheduled to go on a month-long recess on 5 August, thousands of veterans in desperate need of healthcare and disability benefits have now been left high and dry for even longer.

Much of the blame for sabotaging the bill’s passage was levelled at Senator Pat Toomey who – ahead of the vote – spoke out against the bill and said that he wanted to add an amendment on provisional spending.

Speaking at Thursday’s press conference, Rosie Torres – cofounder of BurnPits360 and the wife of veteran Le Roy Torres who has a rare terminal condition caused by burn pits – told the senator that more veterans will die because of him.

“Senator Toomey, how many veterans are going to die because of you?” she asked.

“Please explain to us: what is an acceptable amount of deaths?”

Ms Torres branded the Republican senators who switched their votes “25 villains” as she said the veteran community “demands answers, we deserve justice”.

Mr Stewart, who has been lobbying the government to pass the bill, slammed the “abject cruelty” of the GOP lawmakers who had voted no and warned them that delaying passing the PACT Act is costing lives.

He hit out at the senators who plan to go on recess next week when the veterans who are sick and dying don’t have time to wait.

“They’re not on Senate time.  They’re on human time. They’re on cancer time,” he said.

Mr Stewart singled out Senators Toomey, Rick Scott and Mitch McConnell as he pointed out the hypocrisy of the lawmakers who claim they support veterans but voted against the PACT Act.

He read out one particular tweet posted by Mr Scott on Wednesday where the Florida Republican showcased photos of him giving out care packages to service men and women – the very same day he voted against the bill.

“I was honored to join @the_uso today and make care packages for our brave military members in gratitude of their sacrifice and service to our nation,” read the tweet.

“Did you get the package? I think it has some M&Ms in it and some cookies,” he mocked.

He also impersonated Mr McConnell’s voice as he revealed that one month earlier he had told veterans “we’ll get it done”.

“Mitch McConnell yesterday flipped,” he said, referring to the senator’s sudden decision to then vote no to the bill.

Mr Toomey, meanwhile, “won’t sit down” with the veterans he is impacting while he claims that he has the backing of several veterans groups.

“Pat Toomey claims that he has veteran groups behind him,” he said.

“I call bulls*** – these are the veteran groups,” he said gesturing around at the multiple veterans and representative from veterans groups who had gathered at the press conference to condemn the bill’s stalling.

“They’re all here. They don’t stand behind you in fact you won’t let them stand in front of you,” he said, branding Mr Toomey a “f***ing coward”.

The TV host said that – after he has spent more than a decade lobbying the US government first for 9/11 responders and then for veterans – that he is “used to the hyocrisy” and “lies”.

“The Senate is where accountability goes to die,” he said.

In March, the bill was renamed after the late Sgt Heath Robinson who died in May 2020 from a rare cancer caused by breathing in toxic fumes from burn pits while serving in Iraq in the Ohio National Guard. He was 39.

His mother-in-law Susan Zeier choked back tears as she branded the senators voting against it “reprehensible” while dresssed in her late son-in-law’s army jacket.

Just one month earlier she had symbolically taken off the jacket saying that she no longer needed to “carry” Heath “on her shoulders” after the Senate passed the bill.

The 16 June vote was had been celebrated by veterans, their families and advocates who have spent years battling for the US government to take the issue of burn pits seriously – as the passage meant it seemed certain that the bill was weeks away from becoming law.

Because of a minor technical fix the House made, the Senate was required to vote on it again before it could be sent to President Joe Biden’s desk to be signed into law.

But – between one month and the next – dozens of Republican senators decided that they no longer supported expanding healthcare and disability access to US servicemembers and decided to change their vote.

“This eleventh-hour act of cowardice will actively harm this country’s veterans and their families,” he said.

“Republicans chose today to rob generations of toxic-exposed veterans across this country of the health care and benefits they so desperately need.

“And make no mistake, more veterans will suffer and die as a result.”

Under the legislation, 23 cancers, respiratory illnesses and other conditions will now be presumptively linked to a veterans’ exposure to burn pits while on deployment overseas.

This means service men and women who have returned home from serving their country and developed one of these conditions will be given automatic access to healthcare and disability benefits.

It will also fund federal research on the impact of burn pits on the nation’s troops.

An estimated 3.5m servicemembers and veterans are estimated to have been exposed to burn pits and airborne toxins while serving the US overseas, according to the Veterans Affairs (VA).

During America’s post-9/11 wars in Iraq and Afghanistan, huge open-air pits were used to burn mountains of trash including food packaging, human waste and military equipment on US military bases.

Thousands of US service members returned home from deployment and developed health conditions including rare cancers, lung conditions, respiratory illnesses and toxic brain injuries caused by breathing in the toxic fumes from the pits.

But, until now, the burden of proof has always been on veterans to prove their condition is directly caused by this toxic exposure.

In September 2020, a senior VA official testified before Congress that almost 80 percent of disability claims mentioning burn pits were rejected between 2007 and 2020.

In the last six months, the president has made tackling the issue of burn pits a higher priority and repeatedly urged lawmakers in the House and Senate to pass legislation to support veterans.

During his State of the Union address in March, said that he believes his son Beau Biden may have died as a result of toxic exposure to burn pits during his deployment to Iraq. 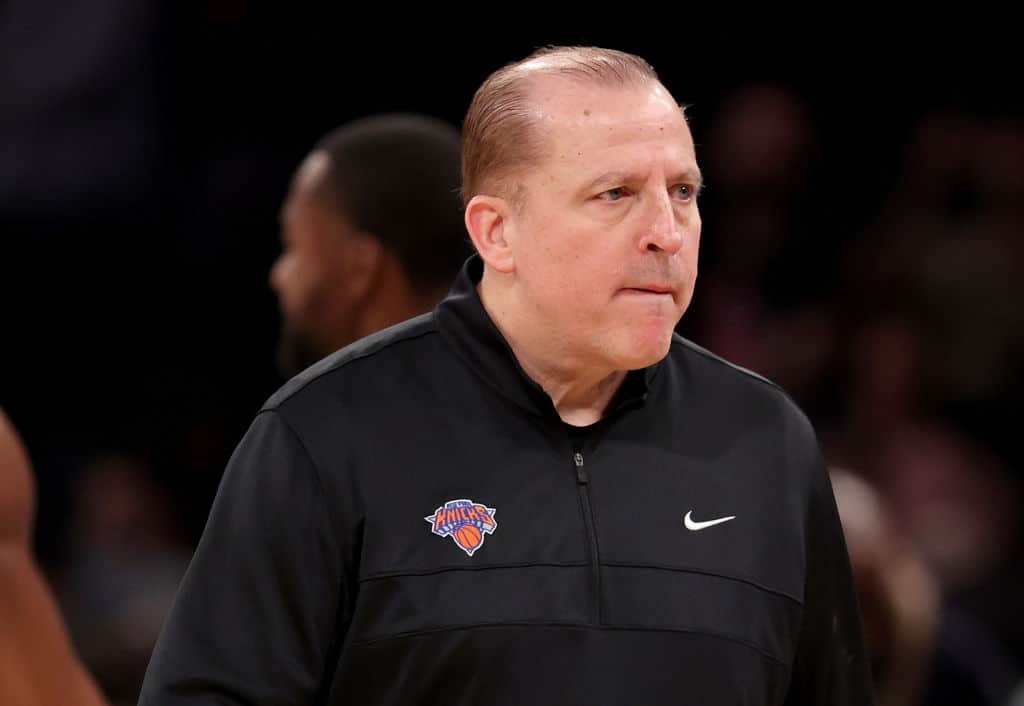 3 NBA Head Coaches Already On The Hot Seat For 2022

Vladimir Putin says no one can win a nuclear war