Well, the new kind of politics didn’t last long. Second opposition question of the Labor government yesterday was from Peter Dutton. Having made his first question about the influence of the CFMMEU over Labor, he then asked the prime minister if he had “met with any of the many union bosses from the CFMMEU accused of criminal behaviour, including sexual assault, harassment and rape”.

Were we, perhaps, to finally see a fulfilment of those dark warnings repeated during the regular scandals over sexual assault and workplace conduct of the Morrison government, that Labor had plenty to hide as well?

Alas, no — when invited by Albanese to name whom he was referring to, Dutton said nothing. The next question, by his deputy Sussan Ley, shifted to specific Australian Building and Construction Commission (ABCC) cases. And when we returned to the issue later in question time, we got a question from 2025 teal roadkill Paul Fletcher on whether Brendan O’Connor had discussed the abolition of the ABCC with the CFMMEU.

Then we got one from Melissa Price, showing all the political deftness that saw her spend her entire ministerial career in witness protection, asking Albanese about federal court comments about the CFMMEU, which the prime minister helped over the fence for six — the best Dixer he had all day — and then one from Michelle Landry repeating what appeared to be the Coalition’s new catchphrase about the government “making a bad situation worse”. Would’ve loved to have been in the focus group when they tested that one. 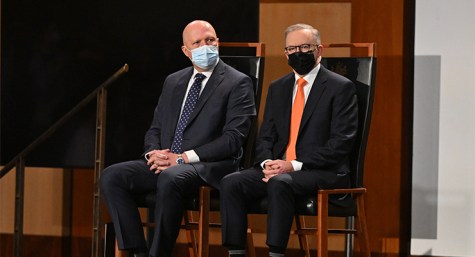 There is of course a debate to be had about abolishing the ABCC — albeit one that can only go badly for the Coalition, given the slump in productivity that has happened under it, along with the series of failed showtrials of unionists. And there is certainly a debate about the role of union donations in the ALP — just as there is about business donations to both the Coalition and Labor.

If Dutton wants to make an issue of the influence of political donors, more power to him. It would be a welcome development from the side of politics that has turned state capture into a business model and career ladder. Dutton should ask more questions about the influence of donors, including to his own state branch executives.

But suggesting the prime minister has associated with rapists and sexual harassers, without bothering to provide any detail, even under parliamentary privilege?

And associating with people accused of sexual assault and harassment is a strange hill to die on for the Coalition given the events of the previous Parliament — and for that matter the continuing presence on the Coalition frontbench of a man accused of allegedly assaulting a female staffer with whom he was having a relationship.

Dutton at least did us a favour in spelling out that the Coalition is going to pick up in opposition right where it left off nine years ago: happy to engage in smear, untroubled by norms and standards such as backing up allegations with evidence, and indifferent to inconsistency and hypocrisy — content to get into the sewer. Stand by for the “special investigation” by The Australian into “troubling allegations of the prime minister’s links with accused rapists”.

None of this fussed Anthony Albanese, the most experienced parliamentarian to become prime minister since John Howard, who immediately looked at ease in the PM’s chair opposite Dutton. But everything comes easy this early in the life of a government. At least he already knows the depths his opponents will plumb. 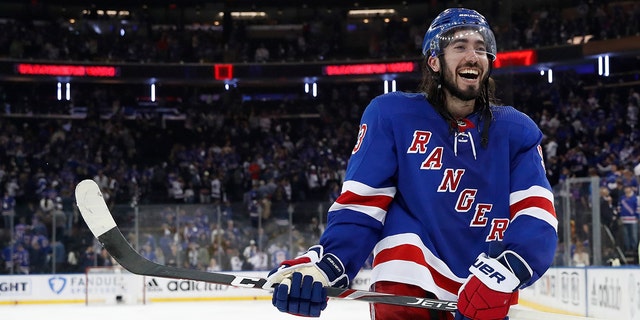 Rangers’ Ryan Lindgren praised for performance against the Penguins despite injury: “He’s a warrior” Pope calls for Easter ceasefire in Ukraine – The Citizen