Brigadier Kahlil Fegan, who is the most senior serving defence member in Townsville, told the Royal Commission into Defence and Veteran Suicide that one particularly vulgar incident has stayed with him.

Giving evidence on Monday, Brigadier Fegan from Lavarack Barracks recalled an incident from a year before he assumed command of the Brigade in which a group of soldiers targeted another soldier with a hazing ritual.

“It involved absolute, unequivocally inappropriate behaviour by a small group of soldiers towards another soldier,” he said.

“I was quite alarmed at that particular incident and sought to support the Commanding Officer in dealing with that matter appropriately.”

Brigadier Fegan said a group of soldiers on an exercise “chased another soldier in the bush and tried to tie him up … it was in line with some sort of stupid initiation that that particular unit had engaged in over a number of years”.

The details about exactly what happened in the bush were not revealed, but Brigadier Fegan said it was “not uncommon to find alcohol involved” in similar hazing and bullying incidents.

“I think there is absolutely no need for it. To me, it is stupid behaviour. There is no need to ostracise an individual even if they are new.

He said a number of soldiers were charged over the incident.

The royal commission will hear about what else went on at the Townsville base, which is home to around 20,000 Defence personnel and veterans.

It will examine the role of deployment, training, culture, transition out of the Defence Force and post-service issues in contributing to suicide and suicidality — a problem that has plagued the ADF since Afghanistan.

More than 700 veterans have taken their own lives since 2001. News.com.au has previously written than one veteran died by suicide every week at the beginning of 2021.

Army medic Dani Martin is one of the lucky ones. She has described in depth the circumstances that led to her suicide attempt while serving on Operation Highroad in the Afghan capital Kabul in March, 2017.

In a video uploaded to YouTube, Ms Martin described the relentless bullying by colleagues and the “false” accusation that she was having an affair with a doctor.

“I tried to end my life due to bullying and harassment,” she said.

“There, I said it, there should be no shame in it. The shame should be in the ­system that was in place around me that I felt I had no other way out of the situation I was in.

“Something needs to change, whether it’s in our Defence Force, the way they treat their soldiers from the bottom up, the way soldiers treat … each other, the way sergeants treat their corporals and privates.”

Ms Martin had wrote on Facebook that she was the victim of psychological warfare and extensive bullying.

In 2016, the Royal Commission into Sexual Abuse within the ADF uncovered horrific examples of hazing involving cadets at HMAS Leeuwin in Fremantle.

One man, known as CJC, even broke down on the stand while reciting a poem about his sexual abuse.

The most confronting testimony was delivered by David Sparreboom, a man who still lives with the horrors of his experiences at Balcolme in the 1970s.

Mr Sparreboom, who joined the Army as a 16-year-old, said he was held face down on the floor on one occasion and raped with a broom handle.

“I (told a senior officer) something like, ‘People are getting broomsticks up the bum. I don’t know what I can do about it’,” Mr Sparreboom told the inquiry.

He said the response from those in charge is the biggest part of the problem with abuse within the ADF.

“(He said) something like, ‘You are all young fellas and pranks will happen’.”

Julie-Ann Finney, whose son David Finney took his own life after a distinguished career in the Navy, has been pushing for a royal commission examining the causes of veteran suicide.

She wants something to be done before people take their own lives.

Ms Finney said the former Morrison Government had not taken seriously the voices of veterans who were struggling with mental health issues or families who had lost a loved one to suicide.

“This government offered me and other mothers a Mother’s Medal,” she said.

“They come up with things to placate us, and that’s all they do. They placate us. I’m not going to be placated. My son is dead.

“They want to give me the opportunity to tell my story. My son is dead. I have to live with it. That is my story. That is not enough. We need an investigation.”

In a previous interview with news.com.au, she said the years since her son’s death have been driven by a desire to ensure no other veterans suffer what her son did.

“Two years ago I was nothing but a mother. I’m still really grateful that I got to be his mother. But now I’m going to fight for him. I’m not silly enough to think I can bring him back, but I can help other veterans suffering,” Ms Finney said. 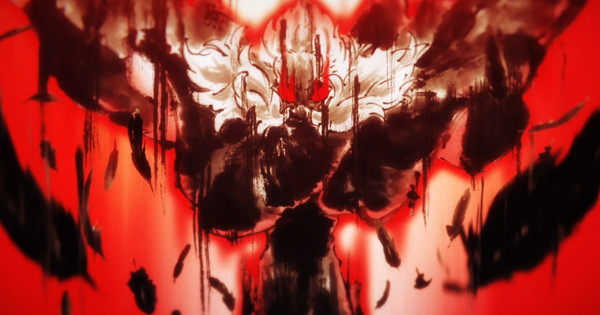 Why remote work will lead to greater success