The videotaped testimony of Ivanka Trump that was aired at the first public hearing of the January 6 Committee represented a dramatic daughter-father rupture when she said she “accepted” Attorney General Bill Barr’s view that there was no significant fraud in the 2020 election. It was not, however, the most profound filial breach of the evening session. Although she likely does not think of it this way, Representative Liz Cheney’s devastating account of Donald Trump’s abuses of power could help halt the slide toward executive branch authoritarianism of which her father was among the most important enablers since Watergate.

June 17 marks the 50th anniversary of the Watergate break-in, which eventually precipitated the nation’s first (and so far only) presidential resignation. The ensuing scandal did more than weaken President Richard Nixon and end his presidency. It also emboldened Congress to push back against his aggressive claims of presidential power. The two most important such legislative initiatives enacted with Nixon still in office were the War Powers Resolution of 1973 (enacted over Nixon’s veto), intended to resurrect congressional primacy in the use of the U.S. armed forces abroad, and the Congressional Budget and Impoundment Control Act of 1974, which repudiated Nixon’s claims of a constitutionally based presidential impoundment authority. The Presidential Recordings and Materials Preservation Act, signed into law by President Gerald Ford, was designed to make sure that Nixon’s claims to executive privilege would not deny government—and eventually public—access to the full historical record concerning Nixon’s administration.

Watergate also spurred anti-corruption initiatives targeting the money and the secrecy that enabled presidential misdeeds. Congress sought to mitigate the potential for corruption via campaign finance by enacting the Federal Election Campaign Act Amendments of 1974. Congress likewise revolutionized the rules by opening government records to public scrutiny, via the 1974 amendments to the Freedom of Information Act.

Standing in firm opposition to Congress’s push for government openness and accountability was Ford’s young chief of staff, Dick Cheney. Only in his early 30s when he was promoted to so lofty a position, Cheney feared what he saw as dangerous congressional efforts to hamstring the office of the presidency. In 1974, he supported Ford’s unsuccessful veto of the Freedom of Information Act amendments, and the following year he sought to insulate the CIA from fully disclosing its unlawful domestic intelligence activities.

The recalibration of checks and balances continued into the next administration when Jimmy Carter signed a trio of laws written in reaction to Nixon’s corruption and the disgraced president’s claims to illimitable constitutional authority. In a single year, 1978, Congress enacted the Ethics in Government Act, best known for launching what became the independent counsel system; the Presidential Records Act, essentially extending to future presidents the protections for historical records that were applied to Nixon in 1974; and the Foreign Intelligence Surveillance Act, largely repudiating Nixon’s claims of limitless inherent presidential power to protect national security. Unlike Cheney, Carter embraced the post-Watergate reform spirit of the times, even asking the Justice Department for its opinion on whether Congress could constitutionally make the attorney general an independent officer, removable only for cause. The Office of Legal Counsel (OLC) responded no.

In 1979, when Cheney returned to government as Wyoming’s sole member of the House of Representatives—an office he would hold for a decade—he used his seat and subsequent rise in the House GOP leadership to push back against congressional assertiveness toward the executive branch, most notably during the Iran-Contra affair. Between 1984 and 1986, Congress prohibited the use of military or intelligence appropriations to aid military forces seeking to overthrow the government of Nicaragua. The Reagan administration infamously responded with a covert scheme to raise money for the Nicaraguan rebels by illegally selling arms to Iran. The White House had acted independently of Congress (in evasion of Congress’s fiscal powers), to facilitate the fund-raising through arms sales that flouted applicable federal law (in evasion of Congress’s legislative powers), and to lie about it, even under oath (in evasion of Congress’s investigative powers).

As the ranking Republican member of the House Select Committee to Investigate Covert Arms Transactions with Iran, Cheney spearheaded a dissenting committee report that purported to find nothing more troubling in President Ronald Reagan’s conduct than “inattentiveness,” and to rebuff claims that Congress could broadly regulate the exercise of presidential authority pursuant to the Constitution’s necessary and proper clause. (That clause authorizes Congress to “make all laws which shall be necessary and proper for carrying into execution … all … powers vested by this Constitution in the government of the United States, or in any department or officer thereof.”) In his memoir, Cheney wrote, “I thought it was also crucial to defend the presidency itself against congressional attempts to encroach on its power.” Not a constitutional lawyer, Cheney relied on staff to draft the report, including David Addington, who would become Cheney’s chief legal counsel during the first term of President George W. Bush’s administration and his chief of staff during the second.

As vice president, Cheney was a champion of executive branch secrecy. He made headlines when he refused to cooperate with demands to disclose the membership of an energy policy task force he chaired. His stonewalling seemed politically odd, if not irrational. It was doubtful that any member of the task force would have cared about the disclosure, and many of the names leaked out in any event over the ensuing years. Cheney appeared intent, however, on resisting demands for disclosure simply to establish the executive branch’s entitlement to secrecy as a matter, in his eyes, of principle.

Cheney’s determination after 9/11 to leverage that national security cataclysm as a vehicle for expanding presidential power was apparent even while Ground Zero was smoldering. He told NBC’s Tim Russert days after the attack that American intelligence would have to work on “the dark side” to combat terrorism, a foreshadowing of the extralegal interrogation and detention policies to come. Significant books by The New York Times’s Charlie Savage and the Harvard law professor Jack Goldsmith, who briefly headed the OLC, documented the pivotal role of Cheney and Addington in pushing for executive authority beyond Congress’s power to control. Cheney himself regarded his aggressive approach as linked directly to views he had expressed in the wake of Iran-Contra. As Savage recalls, when news leaked of the Bush administration’s expansive use of warrantless surveillance of Americans’ international phone calls and emails, Cheney told reporters that the president had constitutional authority to ignore the Foreign Intelligence Surveillance Act. According to Savage, Cheney “directed the reporters, if they wanted a road map to the central operating principles of the Bush-Cheney presidency, to go back and read his Iran-Contra report.”

Representative Liz Cheney, the vice chair of the January 6 Committee, might deny any tension between her father’s constitutional vision and Trump’s behavior, which she so persuasively condemned. And, in fact, Dick Cheney has also expressed his contempt for the 45th president and cheered the January 6 Committee’s work. There is, however, a straight line to be drawn between the aggressive presidentialism championed by Dick Cheney and Trump’s view of what he was entitled to get away with. Aided and abetted by lawyers willing to make extreme arguments in support of presidentialism, Trump’s insistence that “Article II allows me to do whatever I want” is not very far off from Dick Cheney’s understanding of executive prerogative.

There is a linkage, moreover, not just in ideas, but in personnel. It may have been gratifying to see Bill Barr call the claim of election fraud “bullshit.” But this is the same Bill Barr who, as head of the OLC in the 1980s, authored a memo entitled “Common Legislative Encroachments on Executive Branch Authority,” making extraordinary claims for the unconstitutionality of even fairly routine legislative impositions on presidential discretion, such as limits on how many members of an independent administrative agency presidents could appoint from the same political party. It is also the same Bill Barr who, in June 2018, advised Justice Department officials that Trump’s discharge of FBI Director James Comey could not constitutionally be treated as obstruction of justice. “Because the President alone constitutes the Executive branch,” Barr argued, “the President cannot ‘recuse’ himself” from supervising any criminal investigation. And because the power to “supervise” entails the power to “remove,” he continued, the Constitution vests the president also with discretion over the firing of a criminal prosecutor that is “illimitable.” Barr and his fellow travelers in Federalist Society world—including most of the current Supreme Court—advertise this highly authoritarian view of the presidency as somehow commanded by the original Constitution, a view that cannot be squared with genuine, as opposed to mythical, constitutional history.

As I have written in a new book on the dangerous trajectory of executive power, Trump presumably did not need the subservience of misguided lawyers to nurture his personal sense of entitlement. His narcissism and self-dealing were on display long before he launched his political career. But it is also true that the aggressive presidentialism championed by Dick Cheney and right-wing lawyers has nurtured a psychology of presidential entitlement within the executive branch that suited Trump’s predilections perfectly. Liz Cheney, holding her father’s old House seat (for now), may think her condemnation of Trump does not call into question right-wing constitutional theory, that Trump’s abuses of power reflected only his defects of character, rather than the defects of a legal view that enables authoritarianism. In this, however, she would be wrong. Especially now that Trump has shown presidential aspirants how to exploit an aggressively presidentialist view of the Constitution to serve autocratic ends, Americans need to combine a rejection of Trump with a rejection of a constitutional view that plays so readily into authoritarian hands. 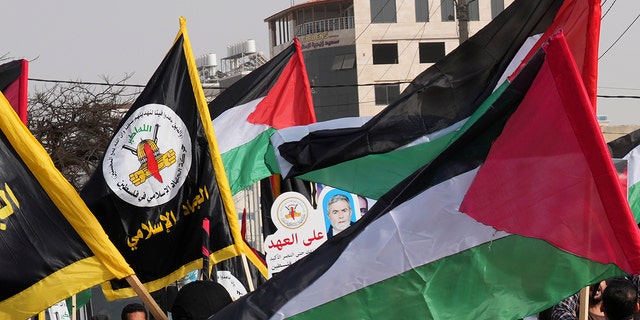 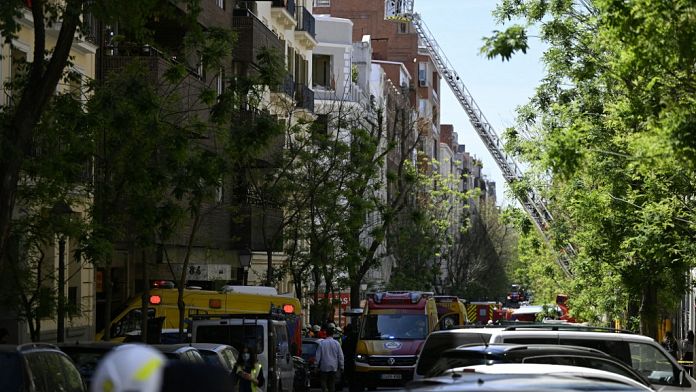