Apparently, Sony is working on a series of hardware for its gaming console, PlayStation 5. This includes a “pro” controller for PS5, which it plans to officially unveil soon. With all of this being said, there will be no new PS5, at least this year.

Tipster Tom Henderson revealed that a source close to Sony’s gaming console division has shown him images of a prototype of the upcoming controller.

The new controller retains the same basic style as the existing PlayStation 5 controller but will have a number of features. This will include removable stick units, which can be switched out using buttons below the analogue sticks. It will also have trigger stops and seemingly removal grip. The Pro controller will also have flappy paddles, similar to what we see in Microsoft’s Xbox Elite Wireless Controller.

Henderson also revealed that Sony’s new hardware is being referred to as the PS5 Pro Controller, although it is unclear as of now if it will be the official name. It will also have some significant software upgrades over the current generation of PS5 controllers.

Henderson also revealed that Sony’s gaming division is planning to reveal the controller soon, with one possibility that it will be launched by the end of June or July. Sony is also planning to launch other bits of new hardware. This may include a new storage solution that would be used with the open SSD slot.

As for the gaming side of things, Sony will apparently launch one of the most anticipated games of the year, God of War: Ragnarok, sometime in November. While it is unclear when the event will be held, it is likely that Sony will be announcing the launch date at the same event where Sony will be launching its new set of hardware for the PlayStation 5.

Sony held its latest State of Play live stream earlier this month. It featured reveals and updates mainly focused on PlayStation games from third parties, although it also showed off Sony’s PlayStation VR2 game Horizon Call of the Mountain. 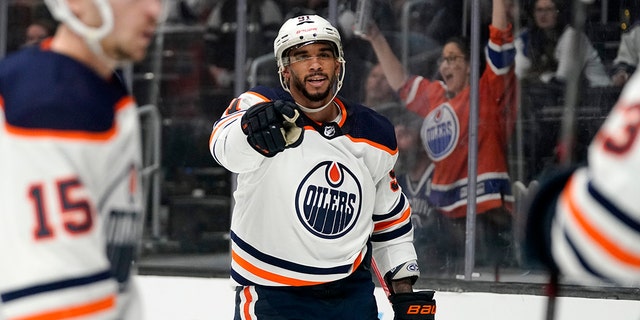 Evander Kane hat-trick, the Oilers roll to defeat the Kings

The Fed has a new plan to avoid the recession: party like it’s 1994