US prosecutors have filed 26 hate crime charges against the alleged gunman who killed 10 Black people in a racist attack at a supermarket in Buffalo, New York.

The charges, revealed in a criminal complaint on Wednesday, as Attorney General Merrick Garland visited the site of the attack, could potentially carry the death penalty against the suspect, Payton Gendron.

Early in June, a grand jury had also charged Gendron with 10 counts of first-degree murder in relation to the May 14 shooting at Tops Friendly Markets, and accused him of committing a “domestic act of terrorism motivated by hate”.

“The mass shooting, which Gendron live-streamed on the Internet, resulted in the deaths of 10 Black people, and non-fatal gunshot wounds to one Black person and two Caucasian people,” prosecutors said in Wednesday’s filing.

“Gendron’s motive for the mass shooting was to prevent Black people from replacing white people and eliminating the white race, and to inspire others to commit similar attacks.”

The complaint highlighted passages from a manifesto allegedly published by Gendron before the attack, where the suspect describes himself as “a White man seeking to protect and serve my community, my people, my culture, and my race”.

The deadly shooting fuelled public anger and calls to tackle white supremacist violence and the baseless “great replacement” conspiracy theory alleging that people of colour aim to make white people a minority in the United States.

US investigators have said Gendron drove about three hours from his home in Conklin, New York, intending to kill as many Black people as possible.

The US Department of Justice said last month that it is investigating the rampage “as a hate crime, racially motivated act of white supremacy and violent extremism”.

Gendron, 18, pleaded not guilty to state “domestic terrorism” charges earlier this month, and a judge ordered him to be held without bond. He is due back in court next month.

On Wednesday, Attorney General Garland placed a flower bouquet at a memorial for the Buffalo victims outside the supermarket, which has been closed since the shooting, the Associated Press news agency reported.

Garland had ordered a moratorium on federal executions last year, so it is not clear whether the Justice Department will pursue the death sentence against Gendron.

The attack in Buffalo was followed by another mass shooting in Uvalde, Texas where a gunman killed 19 children and two adults at a primary school.

The shootings renewed calls for gun control reforms across the country. On Sunday, a bipartisan group of US senators announced an agreement on a framework for potential gun safety legislation that would include restrictions on young people’s access to firearms. 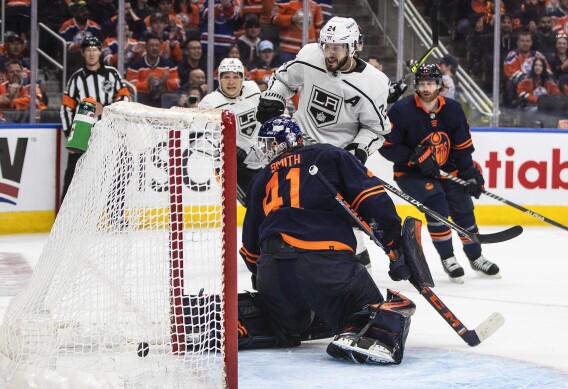 Colonna: Kings Alex Iafallo finds the goal just in time for the playoffs