(FILES) In this file photo taken on August 31, 2021 an overview shows Arthur Ashe Stadium during the 2021 US Open Tennis tournament. (Photo by ANGELA WEISS / AFP)

Russian and Belarusian players will be allowed to compete at the U.S. Open this year but only as neutrals, the United States Tennis Association (USTA) announced on Tuesday, a decision that stands in stark contrast to Wimbledon which banned them.

Wimbledon’s move to ban them from the tournament which begins later this month prompted the men’s ATP and women’s WTA Tours to strip the grasscourt Grand Slam of its ranking points.

Wimbledon’s decision prevents players such as men’s world number one Daniil Medvedev of Russia from playing at the All England Lawn Tennis Club (AELTC) but the USTA said Russian and Belarusian players would be welcome at Flushing Meadows.

“Alongside the other Grand Slams, the ITF, the ATP and the WTA, the USTA, which owns and operates the US Open, has previously condemned, and continues to condemn, the unprovoked and unjust invasion of Ukraine by Russia,” the USTA said.

The USTA’s decision will allow Medvedev to defend his maiden Grand Slam title after he beat Novak Djokovic in the final last year to deny the Serb a calendar year Grand Slam.

AELTC Chairman Ian Hewitt said in April that British government guidance did not allow players to compete at Wimbledon based on their rankings.

He said there were two available options — declining entries, or allowing entries but only with specific written declarations from individual players, adding that they made the “most responsible decision possible in the circumstances”.

“We recognize that each organization has had to deal with unique circumstances that affect their decisions,” the USTA added.

“Based on our own circumstances, the USTA will allow all eligible players, regardless of nationality, to compete at the 2022 U.S. Open.”

Players from Russia and Belarus were allowed to play at the French Open too.

The ATP and WTA have themselves banned Russia and Belarus from international team competitions following the invasion, which Moscow calls a ‘special operation’, but allowed players from the two countries to compete as neutrals.

“You cannot put a price tag on being able to live with yourself”
I salut @Wimbledon the only entity which has a moral code. 👏🏻👏🏻👏🏻

Ukrainian player Sergiy Stakhovsky slammed the decision, writing on Twitter: “You cannot put a price tag on being able to live with yourself. I salute Wimbledon, the only entity which has a moral code.” 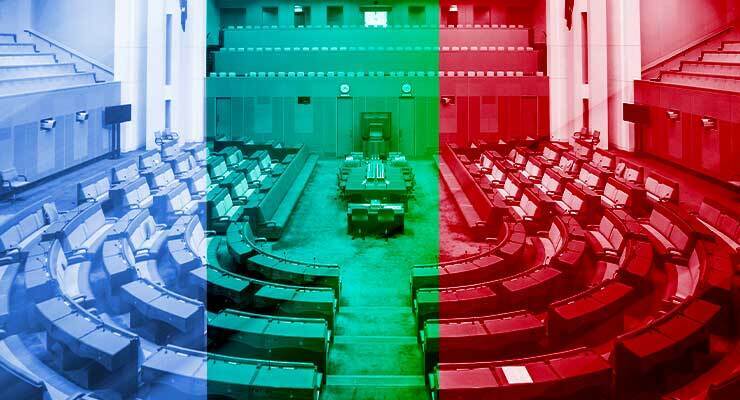 Greens and Indies make up the third force in Parliament

Tom Brady Ends Retirement and Will Return to Buccaneers