Unexpectedly high inflation, wars in key commodity-producing regions, declining real wages, slowing economic growth, fears of tightening monetary policy and turbulence in stock markets — we see all of these things in today’s world economy. These were also the dominant features of the world economy in the 1970s. That period ended in the early 1980s, with a brutal monetary tightening in the US, a sharp reduction in inflation and a wave of debt crises in developing countries, especially in those of Latin America. It was also followed by huge changes in economic policy: conventional Keynesian economics was buried, labour markets were liberalised, state-owned enterprises were privatised and economies were opened up to trade.

How close are the parallels, especially to the 1970s? What are the differences? And what can we learn from those mistakes? The World Bank’s Global Economic Prospects report, out last week, addresses these questions. The parallels are clear, as are differences. Not least, there are mistakes to be avoided: do not be over-optimistic; do not take high inflation lightly; and do not leave vulnerable people and economies unprotected against the shocks themselves and their painful legacies.

Does what we are seeing already amount to stagflation — defined as a prolonged period of higher than expected inflation and lower than initially expected growth? The answer is “not yet”, but it is a risk.

Inflation is well above target almost everywhere. As in the 1970s, this is partly due to one-off shocks — then two wars in the Middle East (the Yom Kippur war of 1973 and the Iran-Iraq war which began in 1980), this time Covid and Russia’s invasion of Ukraine. Most important is the danger that this inflation will become embedded in expectations and so in economies. Part of the reason this risk intensified in the 1970s was the failure to recognise in time the slowdown in the rate of potential growth. Today, too, optimists assume pre-pandemic growth trends will continue. Yet the World Bank argues: “Over the 2020s as a whole, potential global growth is expected to slow 0.6 percentage points below the 2010s average.”

The echoes of the 1970s are loud then: higher than expected inflation, big shocks and weakening growth. But the differences are also encouraging. The real price of oil jumped substantially more between 1973 and 1981 than this time. Global inflation is also much less broad-based than it became in the 1970s. This is especially true of “core” inflation. Yet this may be because we are at an early stage in the inflationary process. Inflation is likely to become broader the more persistent it is.

Monetary policy frameworks are also more credible and more focused on price stability than those of the 1970s. But the latter, too, has become less true recently, especially in the US. Moreover, inflation expectations in, say, 1970 were certainly not for the inflation that subsequently occurred. Policymakers tended to blame inflation on temporary factors then, too, just as we have seen more recently. Economies are, it is true, more flexible now than in the 1970s. But the upsurge in protectionism may lead to a reversal in this respect. Energy intensity has certainly fallen since then, too. But energy prices are still important. Finally, fiscal policy is expected to be less expansionary this time, though it was very much so in 2020 and 2021.

In all, the assumption that things will be very different this time has plausibility but is far from certain.

Above all, whether it proves true depends on what policymakers do. They need to avoid the mistake of allowing inflation to get out of control, as they did in the 1970s. They should still have time to do this. But acting decisively creates dangers too, most obviously of an unnecessarily sharp slowdown, with the economic costs that would follow. Against this, it is possible that demographic shifts, slowing technological change, deglobalisation, exhaustion of important past opportunities for growth and rising populism will weaken disinflationary forces in the long term. That would make achieving and sustaining low inflation even harder.

An obvious danger arises in the one respect in which the world economy looks more fragile than 40 years ago: the size of the debt stock, especially the stock denominated in foreign currencies. Crucially, that is not only true of emerging and developing countries. The euro, too, is in essence a foreign currency for a crisis-hit eurozone member.

If monetary policy tightening were substantial and prolonged, messy and costly debt crises are likely to emerge. It is widely believed that the lenders are better placed to take such hits than the international banks in the early 1980s. But the borrowers might not be: one must assume that those with a choice to make between imports of food and energy, on the one hand, and debt service, on the other, will normally choose the former.

It is also too optimistic even to be sure that the shocks to the real economy themselves are over. The virus might have more ghastly tricks up its sleeve. Moreover, nobody knows how the war will unfold. What is more, some of the measures being discussed, notably a ban on marine insurance on shipments of Russian oil, might generate further jumps in global oil prices. Russia might also cut off exports of gas to Europe, generating further disturbance.

I worked as an economist at the World Bank in the 1970s. What I remember most about that period was the pervasive uncertainty: we did not have any idea what would happen next. Many mistakes were made, some out of over-optimism and others out of panic. The past does not repeat itself. But it is rhyming. Do not ignore time’s poetry.

Tess Holliday “struggles” with body image after being diagnosed with anorexia 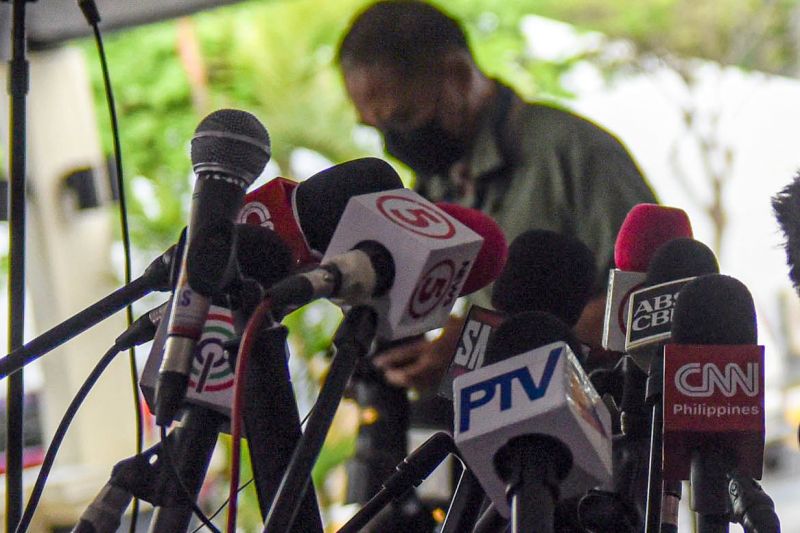 4,406 new cases reported in SA, most of them by Gauteng – The Citizen