There are more choices than ever for electric cars, especially as older companies like General Motors and Ford are starting to create electric versions of their gas and hybrid cars. GM has now (partially) revealed another upcoming model: the Chevrolet Blazer EV.

Mary Barra, the CEO of General Motors, revealed the Chevrolet Blazer EV in a tweet today. There are no details about the car, except the provided photo and the promise of more details coming on July 18. The fine print at the bottom of the photo also confirms the car will be available in the spring of 2023.

Allow me to share a sneak peek at the all-new @Chevrolet Blazer #EV. 🤩

I can’t wait until July 18, when we share the details with the world. pic.twitter.com/FIPE2SRVyg

The original Blazer was the Chevrolet K5 Blazer, introduced in 1969, which was a full-size SUV with a removable top. GM later reworked it into a more cab-like design without a removable top, which also served as the base for the Suburban. The car entered production again in December 2018 as a mid-size crossover SUV, but without any electric or hybrid options.

The electric Blazer in the photo looks a bit different than the regular gas-powered 2022 Blazer — the headlights have a more streamlined design, for one. TechCrunch reports that the car will use GM’s Ultium EV platform, the same tech used in the Hummer EV, Cadillac Lyriq, and other models.

No matter what the final details will be, the Blazer EV will be entering an increasingly-crowded market. BMW just revealed an electric SUV earlier this month, the iX1, and Ford has started shipping its highly-anticipated electric F-150 pickup truck to customers.

People should cut energy consumption to stop the war in Ukraine 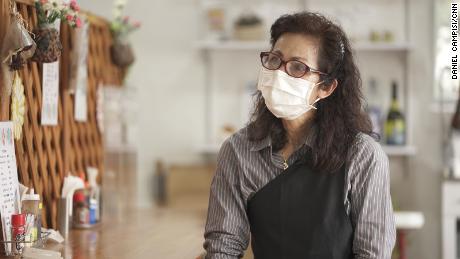