Rose Jean Ramos, center, poses with her medals with the Philippine flag draped over her at the International Weightlifting Federation Youth World Championships. CONTRIBUTED PHOTO

Rose Jean Ramos extended her reign in the Weightlifting Federation Youth World Championships on Monday, making the president of the Philippines’ local agency for the sport declare her ready for the Paris Olympics in 2024.

The 17-year-old from Zamboanga City bagged two gold medals and a silver in the women’s 45-kilogram division, keeping her title for the third consecutive edition of the tournament where the best youth lifters in the world saw action in Leon, Mexico.

With nothing more for Ramos to prove in the youth ranks, Samahang Weightlifting ng Pilipinas (SWP) president Monico Puentevella, who also had a hand in helping Hidilyn Diaz nail the country’s first-ever Games gold last year in Tokyo, believes that the country has another bet to count on in Paris.

“Here we come Paris 2024. We’re on a roll, we have been beating the best in the world. We can do it,’’ Puentevella, from halfway across the globe, told the Inquirer barely an hour after Ramos received her medals.

Ramos lifted 70kgs on her third try in the snatch for the silver medal, but rallied in the clean and jerk with an 85kg effort for a 155kg total for those pair of golds.

Kerlys Maria Montilla of Venezuela placed second in the total with 153 after winning the snatch with a 71 and winding up third in the clean and jerk with an 82.

Trumpeted as one of the worthy successors of Diaz, Ramos improved on her total lift of 147kgs last year when the event was held in Jeddah.

Puentevella thanked the Philippine Sports Commission (PSC) and MVP Sports Foundation, which gave their full backing on the trip of Ramos, as well as coach Allen Diaz and the entire SWP family.

“She (Ramos) is going through the same route as Hidilyn. With enough support, she will also win medals in big tournaments for the country,’’ said Puentevella.

Diaz, the country’s first Olympic gold medalist, also had her humble beginnings in the PSC Batang Pinoy Games before kicking off her four Olympic appearances as a 17-year-old in the 2008 Beijing Olympics. 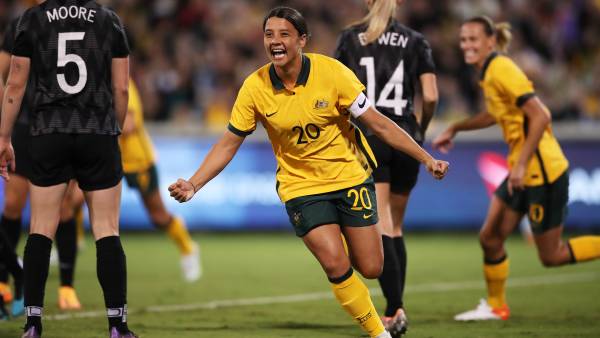