UEFA Nations League 2022/23 – France vs Croatia LIVE Streaming: Reigning world champions France will aim to lift themselves off the foot of the League A Group 1 table in the UEFA Nations League when they welcome Croatia to the Stade de France on Monday night. Les Bleus were held to a 1-1 draw by Austria on Friday night, while Zlatko Dalic’s side finally got off the mark by beating Denmark 1-0. Follow France vs Croatia LIVE Streaming with InsideSport.IN

GOAL! FRANCE 0-1 CROATIA! Croatia’s captain Modric steps up and smashes his kick towards the bottom left corner of the net. Maignan dives the right way and gets a hand to the shot, but not a strong enough one to keep it out!

PENALTY FOR CROATIA! The corner’s swung in and Konate clumsily trips Budimir as the pair try to reach the ball. Benzema tries to carry it out of the box, but it’s too late as the referee points to the spot!

The visitors Croatia get this game underway!

Deschamps was counting his lucky stars that Mbappe was fit enough for 30 minutes of action against Austria, while N’Golo Kante has left the camp due to a knee injury alongside Lucas Hernandez, whose partner is about to give birth.

Mbappe could now be ready to take his place in the starting lineup – albeit maybe not for the full 90 minutes – and a well-rested Wissam Ben Yedder should also push for some national team action.

Presnel Kimpembe, Matteo Guendouzi and Christopher Nkunku can also feel optimistic about their chances of starting this one, with Ibrahima Konate potentially making way after being handed his debut on Friday night.

Croatia suffered no further injury concerns in Copenhagen after losing Ivan Perisic and Josko Gvardiol already this month, but left-backs Borna Barisic and Borna Sosa were both absent on Friday.

Josip Juranovic could therefore hold the fort on the left-hand side of the backline again, while 98-cap Domagoj Vida and Duje Caleta-Car will expect recalls in the heart of defence despite Croatia’s clean sheet last time out.

Modric and Kovacic also ought to be back from the off, and the same can potentially be said for Ante Budimir as he battles with Andrej Kramaric for striker supremacy.

France vs Croatia LIVE: When, Where, How to watch the live streaming of UEFA Nations League matches?

When will France vs Croatia be played? – Date

What time will France vs Croatia be played? Time
FRA vs CRO match will kick-off at 12:15 AM IST

Where will France vs Croatia be played? – Venue
FRA vs CRO will be played at Stade de France

Who will be the Match Official for France vs Croatia? Referee

Orel Grinfield will be the referee for the game

Live streaming of UEFA Nations League 2022-23 in India will be available on SonyLIV and JioTV apps and OTT platforms. 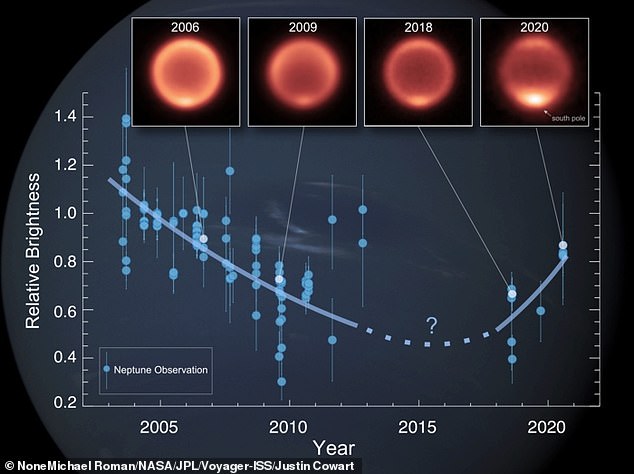 Neptune is even COOLER than we thought: the planet’s stratosphere dropped 14 ° F between 2003 and 2018