This list has him fourth behind A.J. Brown, Zach Pascal, and Deon Cain in the X receiver or split end position.

The order makes sense because all of those three wideouts have had some NFL experience.

But the pecking order might change after Allen showed his burst of speed, not on the football field, but on the track.

THE THIRD FASTEST TIME EVER! @DevonAllen13 of the @Eagles wins the men’s 110m hurdles! @SNFonNBC

As he tries out for the 2024 Summer Olympics in Paris, France, Allen ran the third-fastest time ever in the men’s 110-meter hurdles.

He finished at 12.84 seconds at the USA Track and Field NYC Grand Prix yesterday, just four-tenths of a second off of the 12.80 world record established by Aries Merritt.

While Allen hasn’t played football since 2016, he caught the attention of NFL scouts when he ran 4.35 seconds in the 40-yard dash during the Ducks’ pro day.

This achievement makes the Eagles look good with their new signing.

However, there’s more to being a successful wide receiver.

Can He Run Routes And Catch The Ball?

Yes, speed is an advantage in football.

But it’s only one part of the entire equation.

Allen must prove that he can catch footballs with consistency.

He may have the speed, but it doesn’t matter if he cannot hold on to the ball.

Likewise, he must run good routes to shake off defenders.

He will be facing elite athletes who might have the comparable speed to him.

Therefore, it’s not enough to make it a track meet.

Instead, he must confuse the cornerbacks and safeties by channeling his speed through his assigned route on each play.

If he has those elements in his game, he might be a steal for the Eagles. 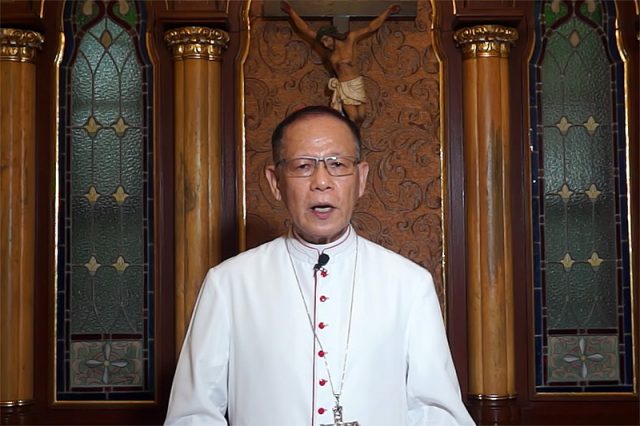 The Archbishop of Manila calls for calm after the elections