Mid-season Wests Tigers recruit Brent Naden is set for a long stint on the sideline after performing a horrible spear tackle in his side’s 30-4 defeat to Manly on Sunday.

Michael Ennis predicted after the Campbelltown clash that Naden, who was sent off for a lifting tackle on Jake Trbojevic in the 65th minute, would be hit with an eight-week ban.

But Corey Parker said the Tigers centre could be poised to receive an even longer suspension.

“It was as bad a spear tackle as we’ve seen in a long time,” Ennis said on Fox League’s coverage.

“Now, look, Steve Roach made a great point: no player goes out there to do that.

“But the fact of the matter is he lands on his head and he gets driven. It could have been a really, really bad outcome that for Jake Trbojevic.

“And I really think he’ll get a suspension (of) around eight weeks. I really do.”

In keeping with his reputation as possibly the nicest guy to have ever pulled on a rugby league jersey, Trbojevic played down the severity of the tackle.

“It wasn’t too bad, I think naturally, trying to sort of find the ground when you’re running to get up and try and play it quick, so it was sort of a bit unlucky for Brent Naden, I reckon,” Trbojevic told Fox League.

“I know he didn’t mean it, there was no malice in it, he was very sorry.”

The Tigers’ heavy loss to the Sea Eagles capped another dark week in the joint-venture club’s history, which saw Michael Maguire sacked as head coach.

Brett Kimmorley, who’d been working with the Tigers in pathways and coaching management, was appointed interim head coach.

The Tigers, the only team in the league to have not played finals football in the last decade, are languishing in 14th on the ladder, ahead of only the Titans and Bulldogs.

The Sea Eagles will meet the Cowboys at Brookvale Oval next Friday, before the Tigers face the Bulldogs in Parramatta next Sunday.

Amazon Prime Video lines up over 40 original series, films in next 2 years

What to know about the rise of Tucker Carlson 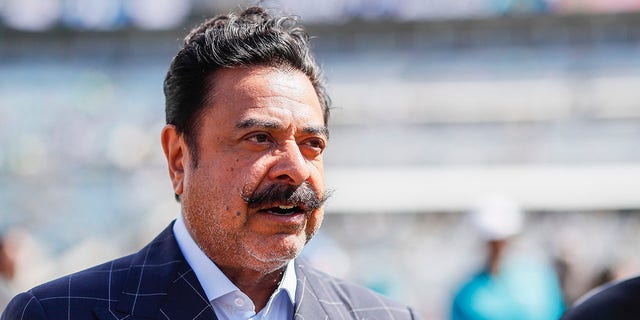