(CNN) — Picture the scene. You’re heading off on the vacation you’ve dreamed of since early 2020. Your bags are packed, you get to the airport with plenty of time — only to find lines so long that you end up missing your longed-for flight.

That was the situation for over 1,000 travelers at Dublin Airport last week. The situation was so chaotic that the government summoned the airport CEO to come up with a plan for the rest of the summer, and the airport has pledged to pay passengers’ “out of pocket expenses” for missed flights.

It’s not just Dublin. Netherlands flag carrier KLM stopped selling tickets for four days last week, following chaos at its base, Schiphol, throughout April and May. KLM also offered existing passengers the chance to rebook, if they didn’t want to deal with long lines at the airport.

Schiphol Airport in Amsterdam has been in chaos since April.

Meanwhile, UK airports including Manchester, Heathrow and Gatwick are making daily headlines for lines snaking out of buildings, missing bags and hundreds of canceled flights, particularly by British Airways, EasyJet and Tui.

Ryanair CEO Michael O’Leary even told TV channel ITV this week that the UK should “bring in the army” to help ease the chaos.
Meanwhile Delta has vowed to cut 100 flights per day this summer in order to “minimize disruptions,” while JetBlue is slashing up to 10% of its schedule, and Alaska Airlines is cutting 2%.

Summer travel is always a challenge of course, but summer 2022 travel is on another level.

Experts say it’s a perfect storm: Suddenly we all want to travel, but airlines and airports had laid off staff during the pandemic, and are struggling to recruit replacements. Put simply: they can’t handle us.

Lines at Dublin have been snaking outside the building.

Of course, experts have been warning about this for a while now. When CNN spoke to consumer advocate Christopher Elliot in April, he predicted that the chaos that was already mushrooming across the US and UK was a “sign of things to come.”

“I hate it when I’m right,” he sighs now. “This is going pretty much like I thought it would… and I think it’s going to get worse.” For some time, he’s been advising his readers not to travel to Europe in August.

“I think this is just the opening act for what will be a crazy summer,” he says.

“We still have high gas prices, we have record demand straining the entire system, we still have pilot shortages. Airlines haven’t fully staffed up yet the way they needed to.”

For Rory Boland, editor of consumer magazine Which? Travel, much of it boils down to the airlines’ and airports’ relentless cost-cutting.

“The main thing [causing disruption] is the staffing,” he says. “So then you go to, why were so many people let go during the pandemic? The disruption isn’t even across the industry. In the UK, Jet2 is having problems but not on the scale of British Airways or EasyJet. Ryanair isn’t too bad, either.

“The airlines’ defence is that they weren’t given enough warning about the restart of travel, and there’s probably some fairness to that, but there are clearly some airlines and airports that were able to get their act together, and things are going ok, and some having a complete disaster.”

Reaching adequate staffing levels will, he says, be impossible unless airlines and airports up their offering.

“We looked at the wages for check-in staff jobs being advertised at Gatwick Airport, and it was lower than working in [budget supermarket] Lidl,” he says. “We saw that in Dublin, too. Airport working conditions are difficult, you’re asked to work difficult hours, on-site parking is not usually free, and there’s very little incentive when you’re being paid less than a supermarket [would pay you.]”

British Airways are currently offering ground handler staff at Heathrow a £1,000 sign-on bonus. The job listing states candidates must be “willing and able to work shifts covering 24 hours a day, seven days a week, 365 days a year,” lift weights of up to 32kg, and have the “resilience to put up with the jobs of British weather.” However, the basic salary in the job description is £20,024 ($25,143) — below both the mean and the median average UK salaries (shift pay adds around another £5,000).

Boland, too, suspects things are going to get worse. “It’s difficult to predict but what we do know is that we haven’t reached the peak of travel yet, and there are no short-term solutions to staff shortages. If those two things are true, it’s very hard to see what resolutions airlines can get apart from canceling more flights.

Those hoping to jet to spots popular with Brits, such as Lisbon, should expect long lines.

For travelers to the EU from outside the bloc, there’s one more problem: Brexit.

Where UK travelers used to enjoy freedom of movement in the EU, meaning they could travel wherever and whenever they wanted in the bloc, post-Brexit they’re treated like other third-party arrivals. That means a more time-consuming arrival of getting their passport stamped (and, possibly, being questioned about their travel plans), both on arrival and departure. Destinations popular with UK travelers are feeling the difference.

“Queues for passport control are extending across Europe, not only for people arriving in European airports but also for people trying to fly to the UK,” says travel podcaster Lisa Francesca Nand.

“The process of having to stamp every British passport on the way in and out slows things down considerably.”

Nand recently flew from Paris to Malaga in the south of Spain, and then from Malaga to the UK. There were no passport queues for the first flight, within the Schengen area, she says. But flying Malaga to London Gatwick, “there were queues snaking around the airport for the non-EU lane because there were 20 flights to UK airports leaving that afternoon.”

Another Brit, Victoria Bryan thought she, her partner and her two children had left plenty of time by arriving for a flight back to the UK from Lisbon on June 2. They arrived at 9 a.m. for an 11.20 a.m. flight with TAP Air Portugal, and checked in their bags and made it through security without any major queues.

That’s when they made the mistake of sitting down with their kids, aged 5 and 10, near the gate area. “We sat at a café rather than sitting at the gate for an hour,” she says.

But exiting the Schengen area entails a final passport check, and with Portugal a huge destination for Brits, the new process meant queuing for another 30 minutes. The family arrived at the gate 10 minutes before departure, only to be told the doors had been closed. Bryan says around 30 passengers, including elderly people and kids, were in the same boat.

When CNN spoke to her, the family was standing in a two-hour line for passport control to cross back into Portugal, to pick up their bags and book a new flight at their own expense. They’d already done that same line the previous week, on arrival.

Lisbon Airport did not respond to a request for comment.

Renting a car in Miami may not be affordable this summer.

If you haven’t yet booked a rental car on arrival, you might want to rethink your trip.

Just like the “carmageddon” of last year, prices for car hire are sky high. For August, booking two months ahead, the cheapest week’s rental in popular Porto that CNN could find was $582 with a local company or $772 with a multinational, Europcar.

One tour operator to Italy told CNN that they are unable to source any more cars for bookings in Sardinia in June. Elliott says that he’s heard of people landing at LAX during peak times to find there’s not a single car available for rent, whatever the price.

CNN checked for the cheapest price available for a two-day rental this weekend at various major airports. The cheapest we could find was $150 at LAX, $161 at Miami, $167 at Heathrow, $225 at Nice in southern France, and $183 at Venice, Italy.

The situation is so dire that Christopher Elliott advises vacationing close to home, where you can drive your own car, or even take a staycation.

“If you don’t have your own car, go somewhere using mass transit, and go somewhere that allows you to walk or has access to mass transit,” he says. “Save the bucket list vacation for September, October or November.” He has similar pivoting advice for those finding hotels and Airbnbs are booked up, advising looking for long-term business rentals. “I just paid $1,200 for a month in a two-bedroom apartment in Athens — I could have just stayed a week and it would have paid for itself,” he says.

Panic on the high seas

Cruises are not immune to what’s going on everywhere else.

Cruises were hit hard by the pandemic at the start, where mushrooming on-board case numbers made vessels look like floating petri dishes.

Now, just as people are ready to dip a toe back in the water, the cruise industry is being rocked by the same staffing issues.

“Re-staffing cruise ships is a lengthy process — there are a number of certifications that crew members must receive,” says Colleen McDaniel, editor-in-chief of Cruise Critic.

“That process takes time, and with a global employee shortage it’s even more lengthy than usual.” She adds that cruise likes are “battling similar supply chain issues” to those on land.

“In extreme cases, that’s meant some sailings have had to be canceled if they’re unable to be crewed. But in most cases, it might mean certain areas have limited hours or there are certain items unavailable during a particular sailing.”

McDaniel says that travel insurance is the best mitigation — a cruise line will refund you for a canceled cruise, but not your flight to your point of departure. And there is one silver lining when it comes to cruises, she says — as cruise lines remove capacity limits, there are suddenly more staterooms that need to be filled and prices are looking “truly competitive.”

That’s not the only positive, says Rory Boland.

“If you look at the whole context, the majority of people who travel this weekend won’t see their flights canceled,” he says.

“You will probably encounter a long queue that won’t be fun, but you won’t miss your flight. Your experience probably won’t be fantastic, but you will get away.

“I know people are worried their vacation won’t happen, but it probably will.” Long Beach for the disposal of the Queen Mary lifeboats; the offer fails 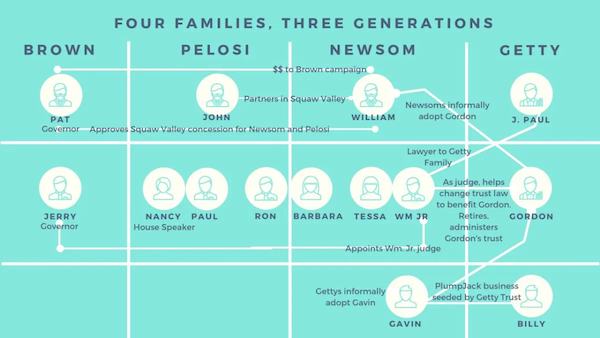 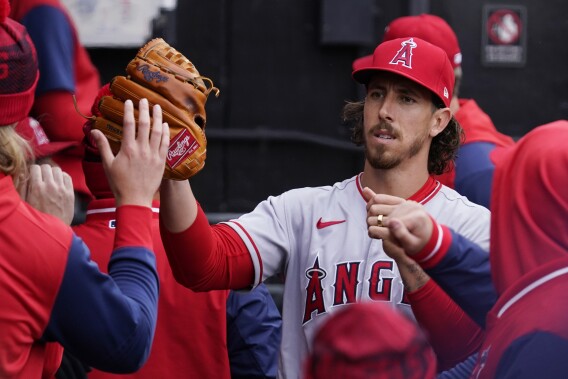