Wallabies coach Dave Rennie named his a 35-man squad on Sunday to take on England in next month’s three-Test series.

Rennie gave his three allotted overseas slot to Quade Cooper, Samu Kerevi and Marika Koroibete. Rennie is allowed to change the three players for each series, so conceivably can pick a new three for The Rugby Championship, and again for the Spring Tour – which is when European-based forwards Rory Arnold and Will Skelton are likely to come into the frame.

WHAT RENNIE SAID ABOUT HIS 35 MAN SQUAD

The addition of an Australian A team in the Pacific Nations Cup will also feed into Rennie’s Test selections as he decides who will benefit from being a starter against Samoa, Tonga and Fiji. Those games are on the same dates as the Wallabies vs. England Tests.

Rennie said his toughest selection call when having to nail down a match day 23 would be at halfback, with Nic White, Tate McDermott, Jake Gordon all in good form during the Super Rugby season.

Rennie has stuck with Tom Banks as his top fullback option, although he sung the praises of Jordan Petaia, who is also in the squad. Jock Campbell, of the Reds, missed out altogether.

Kurtley Beale misses out through injury and Reece Hodge has been dropped back to Australia A, with Jock Campbell, Filipo Daugunu and Toni Pulu ignored.

Rennie named Suli Vunivalu but hinted it was more to do with wanting to help him develop further. It seems the NRL convert will miss the first Test 23 but could play a role later.

Tom Banks should start at fullback with Marika Koriobete and Andrew Kellaway on the wings. Jordan Petaia and Tom Wright could be battling each other for a place on the bench with one to miss out altogether. 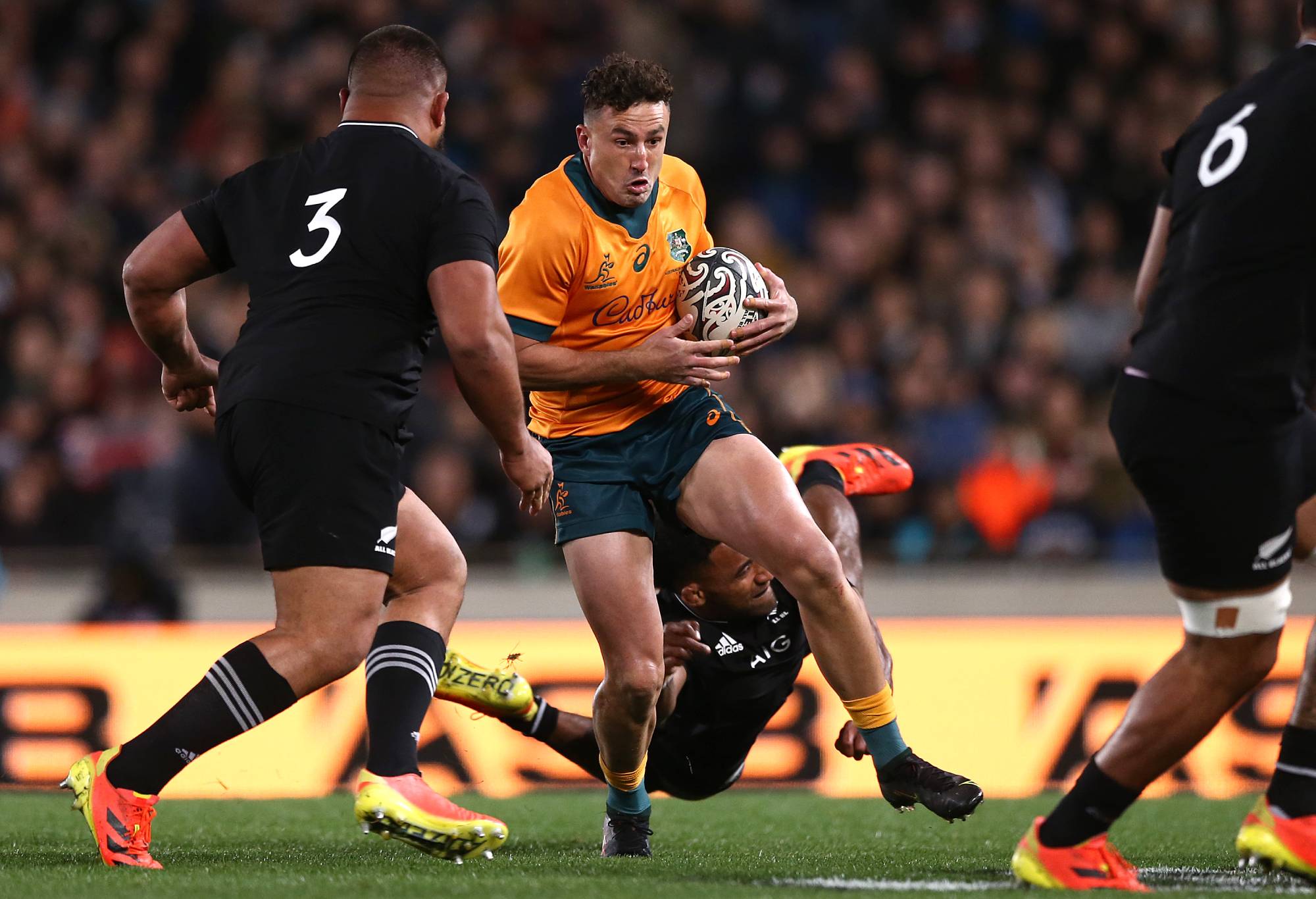 Samu Kerevi should be second name on the team sheet after captain Michael Hooper and one from each of the Brumbies, Reds and Tahs in Len Ikitau, Hunter Paisami and Izzy Perese joined him in the squad. Kerevi and Ikitau should start meaning Perese and Paisami potentially miss out on the 23 altoghether.

James O’Connor looked to have the No.10 jersey locked in for the England series before suffering the latest in a long line of injury problems that kept him out of the end of the Reds’ Super Rugby campaign.

That has given Quade Cooper, who has looked fit and raring to go in recent social media posts, the inside line to reprise the impressive job he did against the Springboks last season.

Noah Lolesio had plenty of minutes last winter then left off the Spring Tour and his growing pains conintued with mixed performances for the Brumbies..

Rennie called this the toughest decision facing him when it comes to finding two for the matchday squads, although for now the top three are straightforward. Nic White has done enough this season to establish himself as the main main, leaving Tate McDermott and Jake Gordon to contest a place on the bench for the England Tests.

Rennie was grateful to see Rob Valetini play 40 minutes in the Super Rugby Pacific semi against Auckland Blues and he will be an integral part of the England series. Michael Hooper is first picked at No.7, and Fraser McReight was left out because of Pete Samu’s greater versatility.

Rob Leota has been in strong form for the Rebels since returning from injury and is a likely starter at No.6, while Pete Samu should reprise his backrow finisher role.

Rennie has made it clear he sees Jed Holloway as a No.6 or No.8 rather than a lock, so we’ll place him in this group.

Izack Rodda’s surprise injury – Rennie says he could be out for three months – is a blow. Matt Philip or Caydern Neville look likely to battle it out to partner Darcy Swain.

Holloway brings an option while Nick Frost was rewarded for backing out of a contract in Japan to stay loyal.

Will Skelton and Rory Arnold are being held in reserve for now due to European commitments.

Waratah Dave Porecki is shaping as the front runner for a debut, but Folau Fainga’a – who is one of four big guns leaving the Brumbies in the next fortnight – is also a good chance, although his tackle technique could be a concern to the coach. Lachie Lonergan is the third option at No.2.

Taniela Tupou missed the end of the season with a calf injury but hopes to be back in time to meet England, although Rennie says he’s cutting it fine. He was used in tandem with Allan Alaalatoa last year, with the Brumbies captain often given the starting nod.

Tupou’s status will have an impact, as James Slipper could be moved in as cover.

If Taniela is fit Slipper might start at No.1, although Angus Bell with another year behind him could be unleashed.

Scott Sio and Pone Fa’amausili were also named but Harry Johnson-Holmes is on standby and will play for Australia A if Tupou is fit.

Players who are involved in this weekend’s Gallagher Premiership semi-finals are not available for selection.

Jonny May returns to the squad after recovering from a knee injury.  There are first involvements in a senior England camp for Biyi Alo, Charlie Atkinson, Freddie Clarke, Sam Jeffries and Patrick Schickerling.

Jones said: “With a number of players unavailable because of the Premiership semi-finals, we’ve got the opportunity to call up some new players.

“It’s a great opportunity to learn about them and see what potential they have to play a part in the Australia tour.

“We look forward to continuing the good work from our last camp in developing this team on and off the pitch.”

The Grammys have a new award: Songwriter of the Year 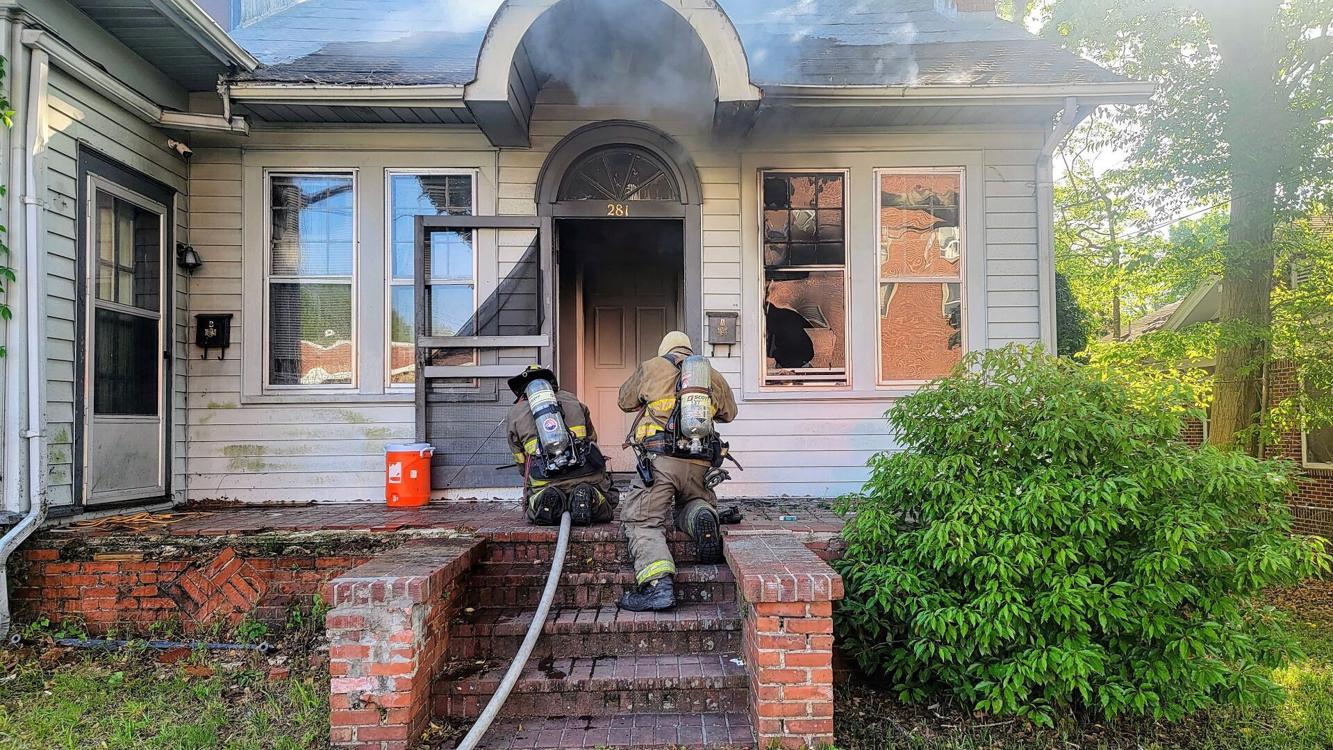 Burns out a motel room in the Orangeburg area; vice: the creation of methamphetamine could be the cause | Crime and the courts