A double to star striker Sam Kerr helped secure a series victory for the Matildas over New Zealand but questions still remain over the team as they build towards next year’s World Cup.

Sam Kerr scored twice as the Matildas cruised to a 3-1 win over New Zealand in Canberra on Tuesday night.

Captain Kerr’s brace lifted her Matildas’ goal tally to 59 and propelled her team to a series clean sweep of the Football Ferns after a 2-1 victory in Townsville last week.

However, the Australians will need much tougher tests between now and next year’s FIFA Women’s World Cup if they are to have a genuine chance of winning the tournament on home soil.

Matildas coach Tony Gustavsson suggested as much on Monday before stressing the need for his team to set and maintain its own standards against an ordinary New Zealand outfit.

Gustavsson would have been searching for a much more convincing win in the second game of the series and it seemed to be coming when the Matildas led 3-0 after 32 minutes.

However, the expected goal rush didn’t eventuate, and to make matters worse, the visitors were able to expose Australia’s sometimes suspect defence with a goal of their own in the dying stages of the first half.

It gave the New Zealanders, who were well and truly second best in the opening half, some confidence and it showed with an improved second-half display.

In contrast, the Matildas weren’t as dynamic after half-time with the game coming to an uneventful and scrappy end.

The Matildas were again far too wasteful in front of goal, but unlike in Townsville, where they took until stoppage time to convert their dominance, they were a lot quicker off the mark in the second game of the series.

“We need to be humble and always learn from every single moment of the game,” said Gustavsson, who lamented the Matildas’ lack of concentration in allowing New Zealand to score just before half-time.

Kerr opened the scoring in the 15th minute, heading home a corner from Steph Catley.

It took just two more minutes for the Matildas to double their lead, with Hayley Raso’s low shot from the edge of the penalty area sneaking inside the far post.

Chelsea star Kerr then produced a sublime finish with the outside of her right foot to score her second and Australia’s third of the contest in the 32nd minute.

However, totally against the run of play, New Zealand pulled a goal back in first-half stoppage time.

Olivia Chance was the provider with a superb pass that caught Australia’s defence square.

Making the most of Chance’s creativity was Hannah Wilkinson, who after being denied with her first shot by Matildas goalkeeper Lydia Williams, pounced on the rebound to end Australia’s hopes of a clean sheet.

New Zealand attacker Paige Satchell was forced off the field in the first half, with coach Jitka Klimkova later saying it related to “challenges” Satchell has with her heart.

Luik, 37, set herself a goal of raising $30,000 for the Mark Hughes foundation by the end of the friendly series with New Zealand – which concluded in Canberra on Tuesday night.

The family were devastated to learn that Luik’s youngest sibling Noa Kerwick, 27, had been diagnosed with Oligodendrogliomam, a brain tumour.

“As you can imagine, this news has been very difficult for him and our family,” Luik said before the match. “While they were able to remove 90 per cent of it in surgery, there was a small part that remains.

“That part is Stage Three which means he has to undergo both radiation and chemotherapy.

“It’s been a tough time for him and there’s been times on the phone when I am overseas that he’s been quiet and it’s just not like him. It breaks my heart to hear him like that.”

Luik, who plays professional football for Pomigliano in Italy has had to find other ways to support her brother. Her plan was to fundraise as much as possible, setting herself a target of $30,000 but it won’t just be for Noa.

“I see how this has impacted my family and this is a chance to shine the spotlight and assist other that suffer because of this disease; whether it’s themselves, a family member or friend. At the end of the day, the patient suffers but all of the loved ones around them suffer too,” Luik said.

“I thought it’d be a great idea for her to be the one to shave my head. Stotty is a great friend and watching her battle Hodgkin’s lymphoma with so much poise was inspiring, and I couldn’t think of a better way to honour the fight of both Noa and Stotty,” Luik said.

“If you have the means to and this touches your heart and if you can spare any amount of money, that would be amazing. It would mean so much to me and to my whole family. I want to see Noa laughing and joking again as much as he was before.”

To donate to the cause visit the Mark Hughes Foundation. But Trump and MAGA Flamethrowers Are Not the Biggest Problem 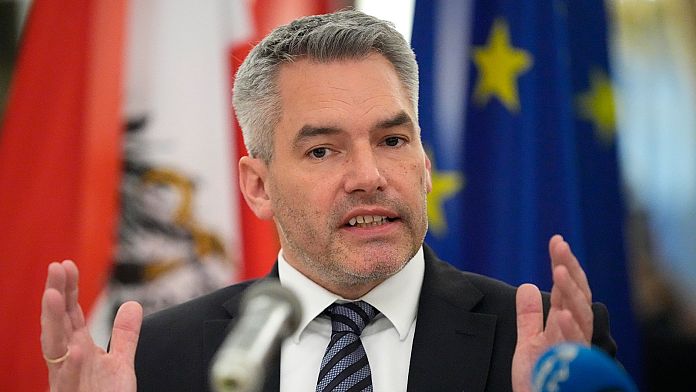