The attitudes and opinions of today’s so-called “elite” – those public-opinion formers who Deirdre McCloskey calls “the clerisy” – are childish. Most journalists and writers working for most premier media and entertainment companies, along with most professors and public intellectuals, think, talk, and write about society with the insight of kindergartners.

This sad truth is masked by the one feature that does distinguish the clerisy from young children: verbal virtuosity. Yet beneath the fine words, beautiful phrases, arresting metaphors, and affected allusions lie a notable immaturity of thought. Every social and economic problem is believed to have a solution, and that solution is almost always superficial.

Unlike children, adults understand that living life well begins with accepting the inescapability of trade-offs. Contrary to what you might have heard, you cannot “have it all.” You cannot have more of this thing unless you’re willing to have less of that other thing. And what’s true for you as an individual is true for any group of individuals. We Americans cannot have our government artificially raise the cost of producing and using carbon fuels unless we are willing to pay higher prices at the pump and, thus, have less income to spend on acquiring other goods and services. We cannot use money creation to ease the pain today of COVID lockdowns without enduring the greater pain tomorrow of inflation.

While children stomp their little feet in protest when confronted with the need to make trade-offs, the necessity of trade-offs is accepted as a matter of course by adults.

No less importantly, adults, unlike children, are not beguiled by the superficial.

Pay close attention to how the clerisy (who are mostly, although not exclusively, Progressives) propose to ‘solve’ almost any problem, real or imaginary. You’ll discover that the proposed ‘solution’ is superficial; it’s rooted in the naïve assumption that social reality beyond what is immediately observable either doesn’t exist or is unaffected by attempts to rearrange surface phenomena. In the clerisy’s view, the only reality that matters is the reality that is easily seen and seemingly easily manipulated with coercion. The clerisy’s proposed ‘solutions,’ therefore, involve simply rearranging, or attempting to rearrange, surface phenomena.

Do some people use guns to murder other people? Yes, sadly. The clerisy’s superficial ‘solution’ to this real problem is to outlaw guns. Do some people have substantially higher net financial worths than other people? Yes. The clerisy’s juvenile ‘solution’ to this fake problem is to heavily tax the rich and transfer the proceeds to the less rich. Are some workers paid wages that are too low to support a family in modern America? Yes. The clerisy’s simplistic ‘solution’ to this fake problem – “fake” because most workers earning such low wages are not heads of households – is to have government prohibit the payment of wages below some stipulated minimum.

Do some people suffer substantial property damage, or even loss of life, because of hurricanes, droughts, and other bouts of severe weather? Yes. The clerisy’s lazy ‘solution’ to this real problem focuses on changing the weather by reducing the emissions of an element, carbon, that is now (a bit too simplistically) believed to heavily determine the weather.

Do prices of many ‘essential’ goods and services rise significantly in the immediate aftermath of natural disasters? Yes. The clerisy’s counterproductive ‘solution’ to this fake problem, “counterproductive” and “fake” because these high prices accurately reflect and signal underlying economic realities, is to prohibit the charging and payment of these high prices. When inflationary pressures build up because of excessive monetary growth, are these pressures vented in the form of rising prices? Yes indeed. The clerisy’s infantile ‘solution’ to the very real problem of inflation is to blame it on greed while raising taxes on profits.

Is the SARS-CoV-2 virus contagious and potentially dangerous to humans? Yes. The clerisy’s simple-minded ‘solution’ to this real problem is to forcibly prevent people from mingling with each other.

Do many Americans still not receive K-12 schooling of minimum acceptable quality? Yes. The clerisy’s lazy ‘solution’ to this real problem is to give pay raises to teachers and spend more money on school administrators.

Do some American workers lose jobs when American consumers buy more imports? Yes. The clerisy’s ‘solution’ is to obstruct consumers’ ability to buy imports. Are some people bigoted and beset with irrational dislike or fear of blacks, gays, lesbians, and bisexuals? Yes. The clerisy’s ‘solution’ to this real problem is to outlaw “hate” and to compel bigoted persons to behave as if they aren’t bigoted.

Do many persons who are eligible to vote in political elections refrain from voting? Yes. The ‘solution’ favored by at least some of the clerisy to this fake problem – “fake” because in a free society each person has a right to refrain from participating in politics – is to make voting mandatory.

The above list of simplistic and superficial ‘solutions’ to problems real and imaginary can easily be expanded.

The clerisy, mistaking words for realities, assumes that success at verbally describing realities more to their liking proves that these imagined realities can be made real by merely rearranging the relevant surface phenomena. Members of the clerisy ignore unintended consequences. And they overlook the fact that many of the social and economic realities that they abhor are the result, not of villainy or of correctible imperfections, but of complex trade-offs made by countless individuals.

Social engineering appears doable only to those persons who, seeing only a relatively few surface phenomena, are blind to the astonishing complexity that is ever-churning beneath the surface to create those surface phenomena. To such persons, social reality appears as it does to a child: simple and easily manipulated to achieve whatever are the desires that motivate the manipulators.

The clerisy’s ranks are filled overwhelmingly with simple-minded people who mistake their felicity with words and their good intentions for serious thinking. They convey to each other, and to the unsuspecting public, the appearance of being deep thinkers while seldom thinking with more sophistication and nuance than is on display daily in every classroom of kindergartners.

Donald J. Boudreaux is a senior fellow with American Institute for Economic Research and with the F.A. Hayek Program for Advanced Study in Philosophy, Politics, and Economics at the Mercatus Center at George Mason University; a Mercatus Center Board Member; and a professor of economics and former economics-department chair at George Mason University. He is the author of the books The Essential Hayek, Globalization, Hypocrites and Half-Wits, and his articles appear in such publications as the Wall Street Journal, New York Times, US News & World Report as well as numerous scholarly journals. He writes a blog called Cafe Hayek and a regular column on economics for the Pittsburgh Tribune-Review. Boudreaux earned a PhD in economics from Auburn University and a law degree from the University of Virginia.

Get notified of new articles from Donald J. Boudreaux and AIER.

Aaron Judge continues to rake in with two losing Homers 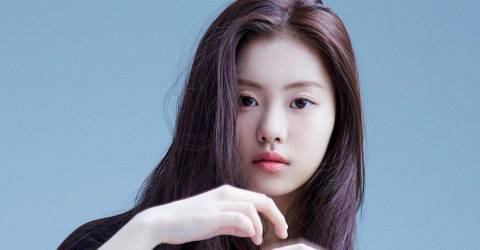