According to a new book by one of the United Kingdom’s leading authorities on artificial intelligence, in the next 50 years, parents will have the choice of having digital children. Catriona Campbell, the author of AI by Design: A Plan For Living With Artificial Intelligence, has called it the “Tamagotchi generation”, after the digital pet toys from Japan, which were quite the rage in the 1990s and early noughties.

They are electronic pets created by Japanese toy manufacturer Bandai and the task at hand is to keep them alive. As of March 2021, Bandai has sold more than 83 million Tamagotchi units.

Once the video game is activated, an egg appears on the screen and hatches into a pet, which is to be raised by the player. It needs to be fed and taken care of when sick. The pet goes through the regular life cycle – baby, child, teenager, and adult.

The pets can “die” because of old age and sickness.

What are digital offspring?

According to Campbell, technology is likely to advance so much that parents will have the option to have virtual babies, which will exist in the metaverse. They can be accessed using virtual reality technology like a headset to make a user feel as if they’re face-to-face with the child.

In an interview with Guardian, the British AI expert said that digital children will not be an anomaly. “As the metaverse evolves, I can see virtual children becoming an accepted and fully embraced part of society in much of the developed world,” she said.

Digital children can be built to look like their parents. “…you will be able to play with and cuddle them. They will be capable of simulated emotional responses as well as speech, which will range from ‘googoo gaga’ to backchat, as they grow older,” Campbell told Guardian.

Parents will be able to interact with their virtual kids in virtual parks, swimming pools, or living rooms. They can choose how quick the children will grow up or they have the choice to let the infants be infants.

And if you have the children on a monthly subscription basis, you can cancel it, according to the report.

What are the advantages of having digital children?

For starters, it can control overpopulation. Also, raising children is a costly affair. Not so much with virtual babies. You can have them as long as you can afford the subscription or until the time you are not bored.

“Think of the advantages: minimal cost and environmental impact. And less worry – though you might want a bit of that programmed in for a more authentic parental experience,” Campbell said in the interview.

Virtual children will consume far lesser resources than human babies and they will have little impact on the environment.

“Make no mistake that this development, should it indeed take place, is a technological game-changer which, if managed correctly, could help us solve some of today’s most pressing issues, including overpopulation,” Campbell told Mail Online.

Parents will be able to interact with their virtual kids in virtual parks, swimming pools, or living rooms. Representational image/AFP

What are the disadvantages?

It’s not flesh and blood. It’s more like the far more advanced version of the Tamagotchi pet. And it probably is not for someone who is seeking an authentic parental experience.

Have there been any experiments in the past?

Yes, this is not a completely novel idea.

“BabyX” is an experiment by New Zealand-based company Soul Machines, aimed at humanising AI. The virtual child’s “brain” is made up of algorithms that deduce what is good and bad. This enables BabyX to learn how to respond to interactions just like a real infant. Its movements and expressions on screen are also devised from the actual movements of babies, according to a report in Analytics Insight.

With inputs from agencies 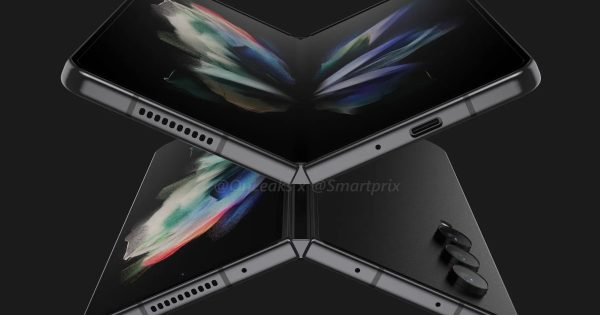 Can You Spot the Difference In These Two Phones?