HANOI—The Philippines continued its drop in gold medal output on Thursday, with a lesser-known Japanese-born judoka and a scrappy bunch of young bowlers saving the day for the country in the 31st Southeast Asian (SEA) games here.

Rena Furukawa ruled the women’s 57-kilogram event in the absence of the sport’s top stars like Olympian Kiyomi Watanabe. Furukawa competed in only her second SEA Games after 2019, when she finished with a bronze medal.

Bowling’s resurgence in the biennial games continued on Thursday as the men’s team ruled the “most fun” event for its second gold medal of the tournament.

“We feel very happy. It was fun winning the team event,” said Merwin Tan, who led the youngest squad ever sent to the regional meet. The team beat regional heavyweights Malaysia and Singapore, which settled for silver and bronze, respectively.

Tan, who ruled singles last Tuesday, turned in 1411 pinfalls, Ian Dychangco 1377, Ivan Malig 1285 and Patrick Nuqui 1202 for Team Philippines. Their youth and skills not only ended a title-less stint in the last four stagings of the biennial meet but also breathed hope into the sport’s future.

“‘We are thinking about it (Philippine bowling’s resurgence), but right now we are just thankful to have won,” added Nuqui. “Hopefully our success here will give us a positive outlook in the coming tournaments.”

Bowling head coach Biboy Rivera, a former World Masters champion and Asian Games gold winner, said the team’s victories here were a “step in the right direction,” for the sport, considering the age of its current stalwarts.

Tan is only 22 years old, Nuqui 19, Malig 25 and Dychangco 31. Prior to the Games, they saw action in Dubai International and the World Series of Bowling in the United States.

The last time the Philippines had more than one gold was when it hosted in 2005 claiming four gold medals.

At sundown, the Philippines slid to fourth place with 40 gold medals, 52 silvers and 72 bronzes, 100 gold medals less than host Vietnam, which has amassed a 140-85-77 tally that left zero doubt as to which country will finish on top of the medal standings.

But the goal of finishing third in the medal tally isn’t done yet.

Weightlifting began its campaign here with a bronze, but the crack squad has still to unveil its big guns. Olympic gold medalist Hidilyn Diaz will compete in the 55kg division on Friday at Hanoi Sports Training and Competition Center, while former Asian juniors and seniors champion Vanessa Sarno will shoot for gold in the 71kg women’s division on Saturday.

Rosegie Ramos, a 17-year-old product of Diaz’s weightlifting school in Zamboanga, finished third in the women’s 49-kg class on Thursday.

E-sports clinched a gold before the end of competitions late Wednesday night as the Philippines’ Wild Rift squad became the first all-female team to win a gold in the biennial meet following a sweep of Singapore.

After dawn broke Thursday morning, the country lost one of its golds from the previous SEA Games after 2019 champ Christine Hallasgo settled for a silver.

Stricken by cramps in the final 2.5 kilometers, the Bukidnon native crossed the finish behind Indonesia’s Odekta Naribaho.

“It’s already a big honor for me to represent the Philippines,” said Hallasgo in Filipino after completing the race in two hours, 56 minutes and .07 seconds, almost a minute behind Naribaho. 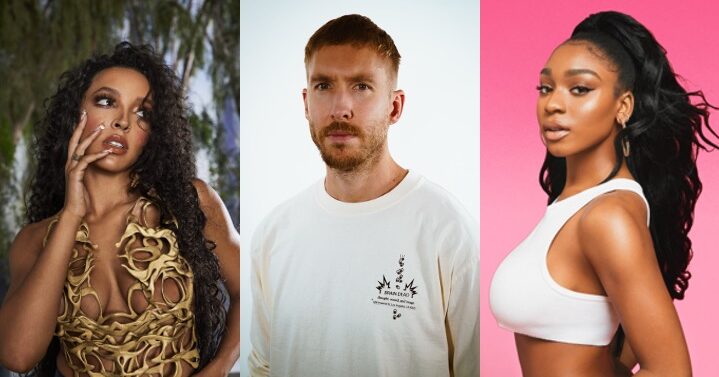 Tinashe, Offset, and Normani Join Calvin Harris on New Single ‘New to You’