Many parents feel guilty when their children spend countless hours staring at screens, and some even fear it will make them less intelligent.

Researchers from the Karolinska Institutet of Sweden performed psychological tests on more than 5,000 children in the United States between the ages of ten and 12 to measure their general cognitive abilities.

The children and their parents were also asked how much time the children spent watching TV and videos, playing video games and interacting with social media.

The researchers then followed the children two years later, at which point they were asked to repeat psychological tests.

The results showed that those who played more games than average increased their intelligence by about 2.5 IQ points more than the average between the two measurements.

No significant effects, positive or negative, of TV viewing or social media were observed. 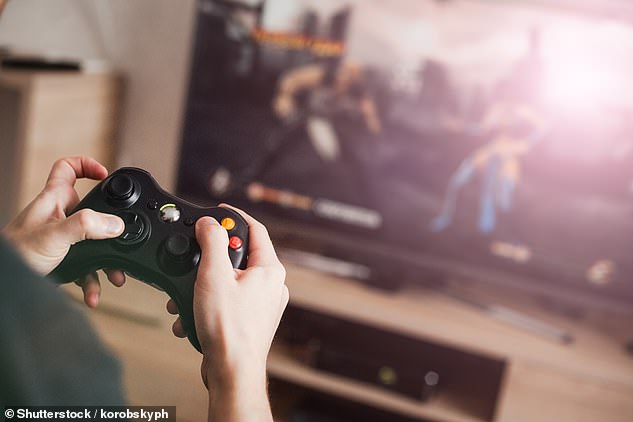 Children who played more games than average increased their intelligence by about 2.5 IQ points more than the average in two years

Shooter video games like Call of Duty are often cited as the motivation for real-life firearm crimes.

But according to a recent study, there is no evidence that these games cause violence in the real world.

The researchers looked at how violent behavior of adolescent boys is affected by the release of new violent video games in the United States.

They concluded that policies aimed at restricting the sale of video games to minors, as attempted by several US states, are unlikely to reduce violence.

“Although children who played more video games at age ten were on average no smarter than children who did not play, they showed the greatest gains in intelligence after two years,” said Torkel Klingberg, professor of cognitive neuroscience in the Department of Neuroscience, Karolinska Institute.

“For example, a child who was in the richest 17% in terms of hours spent playing increased their IQ by about 2.5 points more than the average child in two years.

“This is evidence of a beneficial and causal effect of video games on intelligence.”

For the study, the researchers created an intelligence index from five tasks: two on reading comprehension and vocabulary, one on attention and executive function, one on assessing visual-spatial processing, and one on learning ability.

Repeating the psychological tests two years apart allowed the researchers to study how the children’s performance varied from one test session to the next and to check for individual differences in the first test.

“If not explained, these factors could mask the true effect of screen time on children’s intelligence,” said the researchers.

“For example, babies born with certain genes may be more prone to watch TV and, independently, have learning problems.”

On average, the children spent two and a half hours a day watching videos or TV shows online, half an hour socializing online, and an hour playing video games.

In total, that’s four hours a day of screen time for the average child and six hours for the richest 25 percent, a large part of a child’s free time. 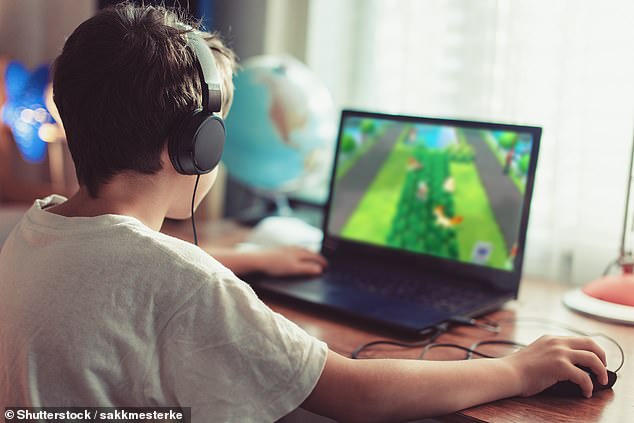 On average, children spent two and a half hours a day watching videos or TV shows online, half an hour socializing online, and an hour playing video games.

The many hours of Instagram and messaging didn’t boost children’s intelligence, but they weren’t harmful either, according to the researchers.

Watching TV and online videos showed a positive effect in one of the analyzes, but no effect when parental education was considered.

“Our findings should not be taken as a general recommendation for all parents to allow for unlimited play,” said the researchers.

“But for those parents bothered by their kids playing video games, you can now feel better knowing it’s probably making them a little smarter.”

The results are in line with recent research showing that intelligence is not a constant, but a quality that is influenced by environmental factors.

However, the researchers note that their study did not differentiate between the different types of video games, which makes the results difficult to pass on to children with other gaming habits.

They also did not consider, such as mental health, sleep quality and exercise.

“We will now study the effects of other environmental factors and how cognitive effects relate to childhood brain development,” Klingberg said.

The study was published in Scientific Reports.

‘Disorder of play’ is defined as’ a pattern of play behavior characterized by reduced control over play, increasing priority given to play over other activities to the extent that play takes precedence over other interests and daily activities and continuation or game escalation despite the occurrence of negative consequences. ‘

To be diagnosed with a gambling disorder, the individual must:

(2) Have experienced this impairment for at least 12 months

WHO advises players to pay attention to how much time they spend playing, especially if excluding other daily activities.

They should also pay attention to changes in their physical or psychological health and social functioning that could be attributed to gambling.