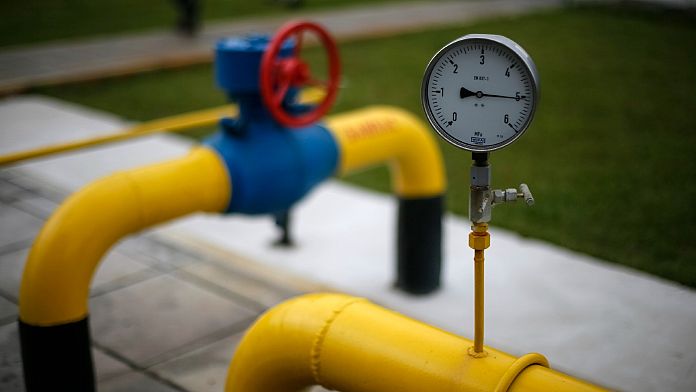 Ukrainian authorities have cut off the flow of Russian natural gas through a key hub that powers European homes and industries.

The Ukrainian pipeline operator (GTSOU) said it will halt shipments through an eastern part of the country due to interference from the “occupying forces”.

Russian-backed separatists who control the region in eastern Ukraine have been accused of stealing gas at the Sokhranovka transit point.

It is the first time since the beginning of the war that Kiev has symbolically cut off the flow of Russian energy exports to the west.

The Sokhranovka transit point usually handles around one third of Russian gas flows to Europe, mainly to Austria, Italy, Slovakia and other Eastern European states.

The head of GTSOU said on Facebook that Moscow must take full responsibility for all the humanitarian consequences of the gas suspension in Europe.

According to Rystad Energy analyst Zongqiang Luo, the immediate impact of the cutoff would likely have been limited as much of the gas can be directed through another pipeline.

Luo told The Associated Press that Ukraine’s move would make it more difficult for European countries to fill underground storage for the coming winter.

The disruption of supply “would also accelerate Europe’s plans to move away from Russian gas imports,” he added.

The European Commission said Wednesday that the sudden disruption would impact part of the block’s gas supply, but that there were “no immediate security of supply problems”.

Russian state giant Gazprom indicated a drop in supply reaching Europe, but said it was continuing to meet its obligations.

Gazprom said Wednesday that it was sending 72 million cubic meters of gas through Ukraine, down about 25% from the previous day.

The European Union has tried to reduce its dependence on Russian energy by phasing out the use of coal and considering doing the same for oil. Gas presents a more complicated problem, both for what Europe consumes and for the technical difficulties in finding it elsewhere.

Gazprom had already decided to stop supplies to Poland and Bulgaria after the two countries refused to pay in rubles.

It was unclear whether Russia would take a hit as it has long-term contracts and other ways to transport the gas.