Your humble blogger will offer a few additional observations about the Russian Presidential decree that announced “retaliatory special economic measures” on May 3, based now on having a translation of the document proper, as opposed to a press release. We’ve embedded a translation of the executive order at the end of the post; you can find the original text here. As we’ll discuss, while the executive order authorizes a broad range of actions, including cancellation of existing contracts, in response to the seizure of property and/or restriction of property rights, it remains to be seen how Russia connects the parties hit with retaliatory measures to the predicate offense.

But before we turn to that matter, it appears that the US and Ukraine are awfully desperate to undermine what they are spinning as Putin’s party, Russia’s big May 9 Victory Day commemoration. As commentators like Scott Ritter and Andrei Martyanov have had to explain to Americans, the Great Patriotic War is very much part of the lived experience of Russians today.

But the West’s efforts look petty and childish. At the end of this post is yet another list of sanctions by the Treasury Department. The fact that they were published on a Sunday, no less our Mother’s Day, makes it more than a tad obvious that they are meant to throw a spanner in Russia’s May 9 events.

And what do these grand new sanctions amount to? Not more than a hill of beans. If you read them, nearly all are silly. The executive board members of one already sanctioned bank, Sherbank and the board of directors of the unsanctioned Gazprom Bank? The US has no inhibitions about doing what it can to lower the boom on Russians executives and officers, even through the US is not at war with Russia and these executives have not been tied to particular alleged bad acts. Yet no Western bank executives were called to account in any meaningful way for widespread subprime/CDO fraud and incompetent risk management (and as we and many other described, there were plenty of legal theories available to gin up prosecutions).

Wellie, Treasury did whack another Russian bank, the Moscow Industrial Bank. Even using the current rouble value of 65 to the dollar, it has less than $4 billion in assets.

Rounding out the list is a private defense company, which makes rifles, not even serious artillery, and three state owned broadcasters. So does their staff need to worry if they travel to Europe that they’ll have their film equipment confiscated? And regardless of what it means in practice, how is this sanction supposed to help the West? It surely won’t render these media companies any more receptive to the Western storyline.

The rifle company section is noteworthy because it starts with this rant:

Russia’s defense sector is a key driver of Russia’s unprovoked invasion of Ukraine. As Russia’s forces continue to carry out Putin’s war of choice in Ukraine, Russia’s military suffers severe roadblocks such as poor morale and logistics and sustainment issues. Flagrant disregard for international norms is evident in the war crimes Russian forces have committed in Ukraine. As they continue their brutal attacks, the number of innocent civilians killed and wounded, including women and children, continues to climb.

This bit if nothing else is evidence of poor editing. If the Treasury wants to take a swipe at Russia, it should come at the top, not way into the document. I’m sure readers will have additional comments.

The last sanction US parties are subject to sanctions for providing accounting, trust, corporate formation, or management consulting services to Russians or Russian companies. I suspect Russia can survive without the tender ministrations of the Big Four and McKinsey. More seriously, there are tax havens outside the US sphere, and I suspect that Russians were already cutting their ties to them after the US started imposing sanctions in 2014.

Aside from the May 8 publication date making the Treasury’s true motives a little too apparent, there’s other evidence that the West is bizarrely fixated on winning the PR war, to the degree that it’s losing sight of the real world.

In his May 8 presentation, Alexander Mercouris could make sense of two Ukrainian attempts at offensives only as propaganda efforts designed to undercut the Russian Victory Day ceremonies, as opposed to being driven by military priorities. One was to retake Snake Island, where Mercouris expressed doubts as to its strategic significance. That effort looks like a debacle, with the Ukraine side taking serious losses to personnel and equipment (and true to form, tried to pass off one of their dead helicopters as Russian). Mercouris hedged that perhaps the Ukrainians could manage a comeback but he also ventured that the attack went so badly for the Ukraine side that it looked like a Russian trap.

The second offensive, north of Kharkiv, looks intended to encircle some Russian troops. But they involved towns where the Russians had few forces. So they simply pulled back. As Mercouris put it, the Ukraine side was left “punching at air”.

The rest of Mercouris’ show is very much worth your attention.

Now to what is likely to be an important event late this week, which will be Russia’s announcement of its initial list of targets under its “retaliatory special economic measures” plus additional clarification of the May 3 decree, which has the potential to increase its scope.

Even though I am warned that legal language in Russian can be difficult to parse even for Russians, the executive order seems reasonably straightforward. It is also broad in most respects, but might be a smidge narrow in another.

First, as the very description stresses, these measures are designed as retaliatory:

Notice that the decree depicts the US as the lead actor and focuses on harm to economic interests.

The decree goes to the trouble of making clear that these measures are defensive in nature (to protect Russia). That is presumably because Russia and China take the position that US sanctions are illegal because they are not approved by the UN. So it’s surprising to see it define the targets of these measures later as “persons under sanctions”. And yes, I confirmed that the Russian word is the same as used in connection with US sanctions. So perhaps this is a recognition that the West will call them sanctions regardless, and the parties that appreciate the difference will recognize it?

Notice that the sanctions are sweeping in terms of the scope of action: sanctioned parties are subject to having open contracts cancelled and being denied new ones. They can also have Russia product sales, including of raw materials, shut down.

But what is not yet clear, and we’ll presumably see soon enough, is what entities will be subject to sanctions. As I read the order now, it extends to a party that stole from Russia and anyone that does business with them can also be sanctioned. By that logic, it can pick up any US company that gets Federal funding.

But what about a defense subcontractor that uses Russian commodities? If it does not receive revenues from the Federal government but only the Lockheed Martins of the world, and the defense contractor has not made off with Russian property, it would seem to fall out these sanctions as currently stated.

By contrast, the West has taken an expansive view of sanctions. For instance, the Western press was reporting breathlessly about the seizure of a Russian yacht worth an estimated $700 million in Italy, with some stories saying it was believed to be owned by Putin, others saying it was “linked” to Putin.

Get a load of the “links”. According to the New York Times:

In March, the Scheherazade’s captain, Guy Bennett-Pearce, said the vessel’s owner — whom he didn’t identify — was not on any sanctions list. The Italian media reported that the owner was Eduard Khudainatov, an oil tycoon not currently under sanctions. He is a longtime associate of Igor Sechin, a close Putin ally and chairman of the Russian state-owned oil company Rosneft, who is believed to be the owner of a superyacht seized in March.

So an unsanctioned friend of a friend of Putin is subject to sanctions? Based on this precedent, Russia may decide to be more expansive in terms of the degrees of separation it uses in determining who to counter-sanction.

It is always a bit tricky to speculate at times like this, but it seems likely that Russia will steer clear of sanctioning foreign banks even though they made off with Russias’ $300 billion of foreign exchange reserves on the US say so. At least some banks have tried to make clear that they are mercenaries not in the sanctions business. And more generally, Russia is still winding up with dollars and euros. It makes more sense for Russians to be able to invest them abroad more or less directly, and not by finding wildly complicated schemes involving other countries to make use of them. So even though the banks would seem to be the most prominent targets, I don’t expect Russia to go after them.

However, one exception could be UniCredit. UniCredit has been the sick bank of Italy, which is the sick banking system of Europe. UniCredit is also very exposed to Russia. And it is so sick that it told shareholders it can’t be expected to exit Russia quickly, which pretty much translates into it can’t take the balance sheet hit all at once, it needs an excuse to spread it out over time.

Would Russia try to force a crisis at UniCredit to destabilize other European banks? If Italy took enough in Russian assets that a UniCredit seizure would not be financially disproportionate, one could make a case for it. After all, the West tried to bring down Russia’s banking system. But China and India might not be so happy about the knock on effects.

A more obvious target is all the German utilities who are using the Gazprom facilities seized by Germany. And even though Germany thought it had enough gas to last to the winter due to stockpiling, it’s now taken to sending some supplies to neighbors like Poland. So a Russian shutdown might do damage sooner than the wags anticipate.

I’m sure readers will have other bright ideas, but we should know for sure in just a few days.

Decree of the President of the Russian Federation of May 3, 2022 No. 252 On the application of retaliatory special ec
00 May 8 Treasury Sanctions 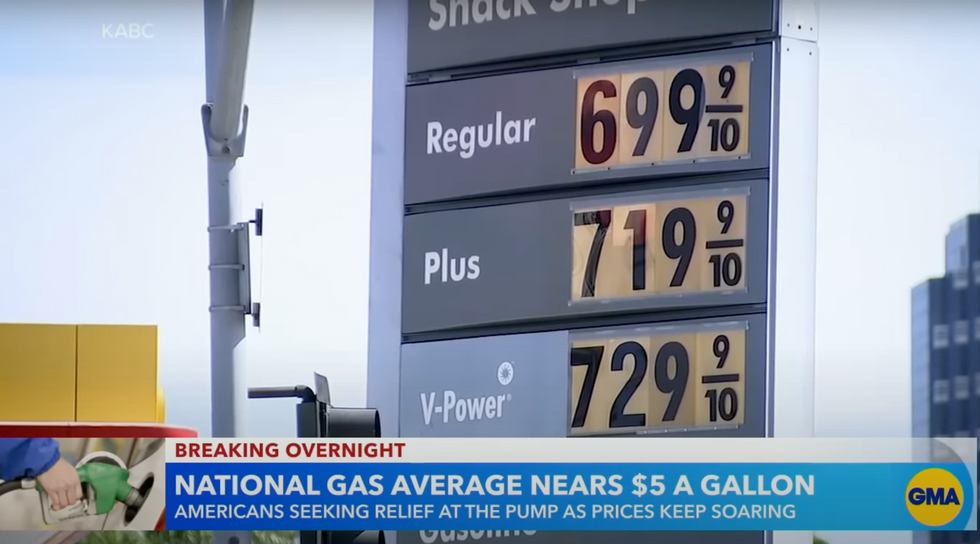