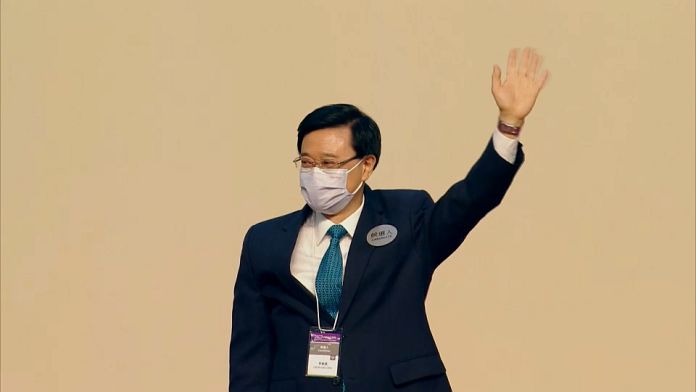 John Lee, an uncompromising security chief who oversaw the crackdown on Hong Kong’s pro-democracy movement was elected Sunday with over 99% of the vote by a 1,500-member pro-Beijing committee.

He was the only candidate, which led to immediate criticism from some quarters.

In a tweet, EU High Representative for Foreign Affairs and Security Policy Josep Borrell said Lee’s election violates democratic principles, adding that the process was another step towards dismantling the “one country, two systems” principle.

The ensuing crackdown nullified virtually all dissent and undermined the city’s reputation as a center of international affairs.