On Monday night, Politico published a draft opinion from the Supreme Court that indicates a five-justice conservative majority plans to strike down Roe v. Wade and eliminate the constitutional right to abortion. It is not a final ruling, and it can change, but if it does not, the ruling would dramatically restrict abortion access across the country.

But even before the leaked draft, state legislators weren’t waiting for the justices’ final word. For several months, lawmakers from each party have been acting as though the constitutional right to abortion is already gone.

According to the Guttmacher Institute, a nonprofit research group that supports abortion rights, 536 abortion restrictions were introduced in 42 states between Jan. 1 and April 14 this year. Most haven’t become law, but some did make it through the legislative gauntlet: Nine states have enacted nearly three-dozen abortion restrictions, including a near-total ban on abortion in Oklahoma, a ban on abortion after about six weeks of pregnancy in Idaho (Oklahoma passed one of those too) and bans on abortion after 15 weeks of pregnancy in Arizona, Kentucky, and Florida.

Blue states haven’t been idle, either. According to Guttmacher, seven states have enacted about a dozen abortion protections so far this year, with the goal of ensuring that abortions will remain accessible there, even if this summer the Supreme Court allows states to ban abortion.

But a map alone can’t show the reach of some of these laws. States are racing to preempt and undermine each other’s legislation, resulting in a cascade of unorthodox proposals. Increasingly, in recent times, abortion laws in various states actively conflict with each other, foreshadowing the giant legal mess that will ensue if Roe is overturned. All of this means that if the Supreme Court’s conservative justices are hoping to wash their hands of abortion decisions by overruling Roe, they’re in for disappointment. Overturning Roe will unleash a new set of complicated legal battles that will bring the issue of abortion straight back to the high court.

Anti-abortion advocates are now grappling with the reality that outlawing abortion won’t entirely end abortion. Faced with the growing popularity of abortion pills, lawmakers in red states have passed a wave of new restrictions on sending medication abortion through the mail as well as some outright bans on abortion pills. “I see these restrictions as trying to intimidate people away from using the internet for access to abortion care,” said Elizabeth Nash, the interim associate director of state issues at Guttmacher.

Abortions performed in clinics remain a battleground, too. After Texas implemented a ban on abortion after about six weeks of pregnancy last September, an analysis found that the total number of abortions among Texas residents declined by only about 10 percent, because so many people were leaving the state to get an abortion or ordering abortion pills online to use on their own. Some blue states are trying to keep things that way. This year, California and several other states are considering using state funds to subsidize abortion costs for low-income people, including even those who live in other states. Other states, including Maryland, are taking steps to make it possible for a wider range of health care providers to perform abortions, which will make it easier and cheaper to offer. The Oregon legislature approved $15 million in funding to help abortion providers scale up their facilities.

All of this has turned into a complicated dance in which legislators on both sides of the aisle aren’t just trying to make it easier or harder to get an abortion in their state — they’re also trying to insulate their residents from what other states are doing. In Missouri, where anti-abortion legislators have already made it very difficult to get an abortion, many pregnant people are already leaving the state to get abortions — a journey that was made much easier when Planned Parenthood opened a massive clinic just across the state line, in Illinois. So Missouri state Rep. Mary Elizabeth Coleman, a prominent anti-abortion legislator, proposed a law that would allow private citizens to sue out-of-state abortion providers who perform the procedure on Missouri residents, as well as anyone who aids a Missouri resident in getting an abortion. Another law introduced in Missouri applies the state’s abortion laws to abortions performed on Missouri residents in different states.

Neither of these Missouri laws has moved much in the legislature. But if Roe is overturned, other anti-abortion legislators in other states will likely consider similar measures. “You can imagine doctors or administrators or other health care providers thinking, ‘Can I care for this patient from Missouri, or am I at risk of being sued in a Missouri court?’” said David S. Cohen, a law professor at Drexel University. “That would have a chilling effect.”

But in blue states, abortion-rights supporters are already thinking about their next move. The Connecticut legislature recently passed a law that would shield abortion providers who perform abortions on people who live in other states from being sued or prosecuted in states where abortion is illegal, and the governor has promised to sign it. California is considering a similar measure, and New York legislators also introduced several bills to protect abortion providers from extradition.

These laws could take the fight over abortion into head-spinningly complicated new territory. Since abortion was declared a constitutional right in 1973, the legal sparring over the procedure has never been simple — pretty much every aspect of the procedure has been litigated. But because it’s a federal constitutional right, there’s never been a question of whether a California abortion provider could be hauled into a Texas court to answer for a procedure they performed in California. In a post-Roe world, providers and people who help women get abortions will face a whole new set of risks. States like California could theoretically protect their providers from lawsuits and prosecution by instructing its own state courts to ignore a summons from a state like Texas. But unless other states were to do something similar, a state-versus-state situation like this would mean the provider couldn’t easily leave California — and they certainly couldn’t travel to the state where they were being sued.

This flurry of legislation is a tiny glimpse into the Pandora’s box that the Supreme Court will open if the justices do overturn Roe. It’s already clear that individual states will not be content to simply create their own abortion laws and apply them within their borders, and state laws that enable citizens to sue residents in other states over the procedure would create new and complicated legal battles that the Supreme Court will likely have to resolve. Anti-abortion advocates want to end the procedure across the country, and abortion-rights advocates want to stop them — which means that things could soon get even more chaotic.

Bar hopes to name the beer after the NFL draft pick 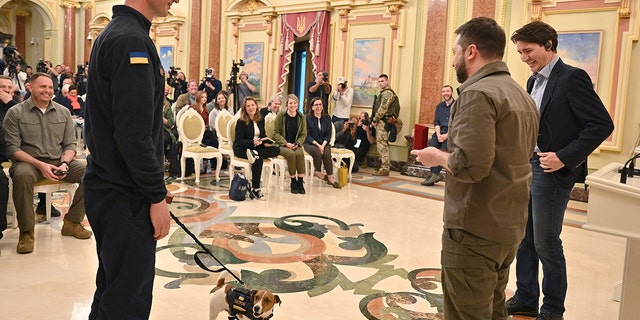 The IRS insists that shredding taxpayer data will not affect taxpayers