Skip to content
The curtain falls on the 4th edition of the Documentor Imphal series jointly organized by Manipur State Film Development Company (MSFDS), and Documentary Resources Initiative (DRI) Saturday 7 April with a simple cash prize distribution in which a total of Rs 8 lakhs were given to 8 documentary directors.

Beyond the evidence a documentary film project on extreme sport as an expression of freedom by Khaba Maimon was awarded the award for the best project with the highest award of Rs. 2,5 lakh, On the Crossroad on the issues facing the state regarding the transition from the Bengali script to James Khangenbam’s Meitei Mayek and Battlefield Imphal respectively received the Promisingly Culturally Engaged Project and the Promisingly Socially Engagement Project with cash prizes of Rs 1,5 lakh each. Five other documentary film projects: Andro Dreams (Meena Longjam), Anonymous Dance (Tushar Nongthombam), Eche Sharmila (Manoj Kshetrimayum), Bidiapaths –The Lady Everest Summiter (Paonam Birjeet) and We are the Water (Grace Rephung L) cash prizes were also awarded for the development of projects bringing Rs 50,000 each. 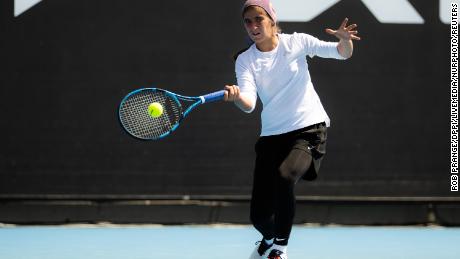 Because the chefs of restaurants in London, Paris, love Californian food