It’s been two years since “Normal People,” the series adapted from Sally Rooney’s novel of the same name, debuted on Hulu. Depending on how distorted your perception of time has been lately, it might seem like it was just last week. Or perhaps the experience of watching the show shines in your memory like a relic from another life. I’m convinced it’s long enough to be ready for another Rooney adaptation, so I’ve been looking forward to “Conversations With Friends,” which will arrive on May 15th.

If that seems far to you, you can indulge any desire for drama this weekend with the first episode in four parts. “Masterpiece: Ridley RoadAbout a Jewish hairdresser infiltrating a neo-Nazi group in 1960s London. Or he skips the play and tries “I love it for you”Starring“ Saturday Night Live ”Vanessa Bayer and Molly Shannon as hosts of a home shopping network. The second season of the comic series “ZiweWill premiere this weekend on Showtime as well.

Continuing in the comedy vein, Mike Myers plays several characters in the Netflix limited series “The Pentaverate”, a spin-off of his 1993 film “So I Married an Ax Murderer,” premiered Thursday (May 5, of course). Keegan-Michael Key, Ken Jeong, Debi Mazar and Jennifer Saunders also star. And “Hacks” returns for a second season on HBO Max on May 12th. (More grit for those of us who marvel at the springy nature of the pandemic time: “Hacks” debuted a year ago.)

The engaging documentary series “The Staircase”, about writer Michael Peterson’s trial for his wife’s death, is getting the dramatization treatment on HBO Max starting Thursday. Colin Firth and Toni Collette play the couple, but I’m very interested in seeing Parker Posey play prosecutor Freda Black, who was an oversized character in the documentary. “Candy,” another true crime story, starring Jessica Biel and Melanie Lynskey, arrives on Hulu on May 9th.

Real housewives from Atlanta and Beverly Hills return in May, as are “Basketball Wives” and “RuPaul’s Drag Race All Stars”. On the documentary front, Netflix has “Meltdown: Three Mile Island,” about the 1979 Pennsylvania nuclear accident, and “Our Father,” about the children of a fertility doctor who secretly inseminated patients with his own sperm.

And for those who would like to escape the space-time continuum, and who can blame them? – there is “Star Trek: Strange New Worlds”, starting Thursday, as well as “Obi-Wan Kenobi” and the first part of the fourth season of “Stranger Things”, both on May 27th.

What are you looking forward to seeing this month? Send me an email.

Theater: “POTUS” is a new Broadway satire on presidential enablers.

Guy: Even the “wrong” Picasso (now in Washington, DC) may be right. Other Basquiat Other matisse are on offer in New York.

THE WEEK OF CULTURE

This week I received my first bunch of local asparagus and I have used it excellently Eric Kim’s recipe for creamy asparagus pasta, with its velvety seaweed sauce. The dish features a quick and very clever technique: boil the rigatoni in water topped with a sheet of dried seaweed (such as Korean dasima or Japanese kombu), then add more seaweed to the heavy cream with garlic and red onion. Sliced ​​asparagus and toasted seaweed flakes (gim, nori or seaweed snack) are folded at the very end for freshness and crunchiness. I doubled down on the asparagus, using the whole bunch, and there was still plenty of salty sauce to cover it all. The subtle umami flavor of the seaweed reminded me of a good aged Parmesan, albeit with a delicious salty note.

Philadelphia Phillies to the New York Mets, MLB: It is very early. But … the Mets are good. In the latest edition of The Athletic’s MLB power rankings, the Mets were n. 2, behind only the mighty Dodgers. Friday, five Mets pitchers combined to cast a no-hitter. And their Sunday star, Max Scherzer, hasn’t lost a regular season game since load May 7pm Eastern Sunday, ESPN. 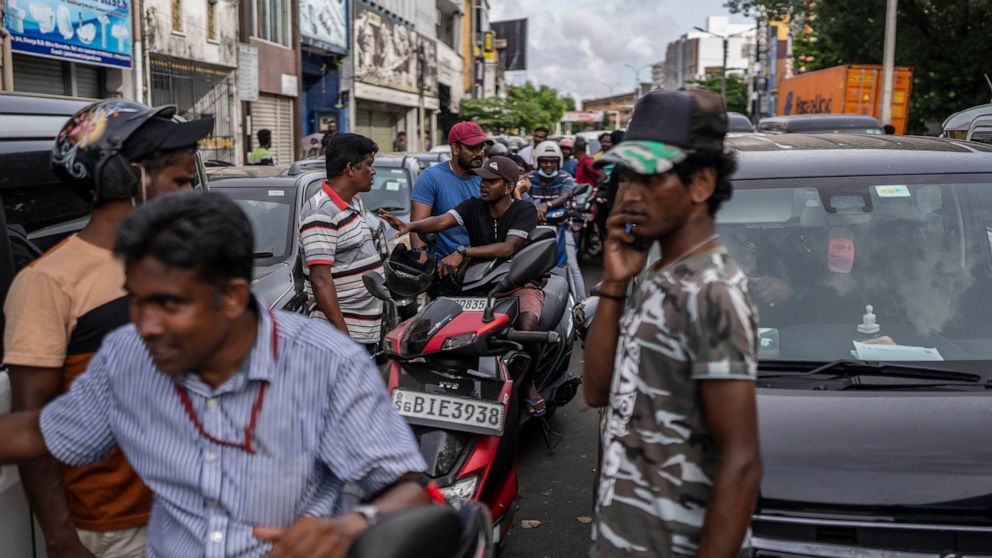